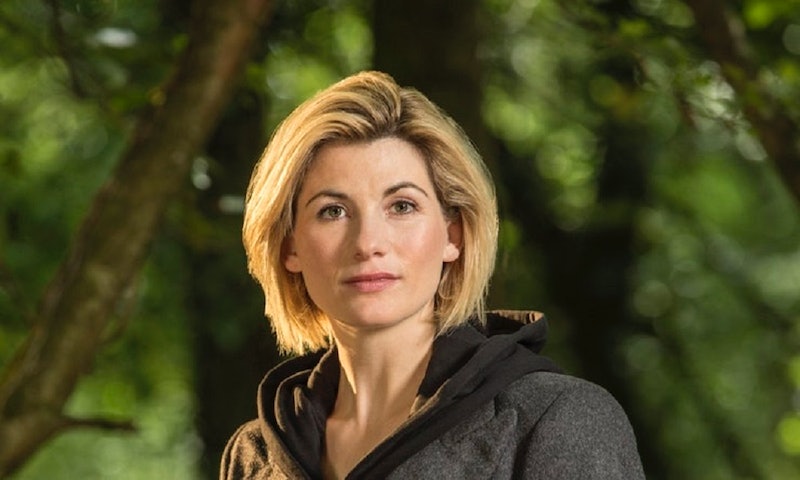 While it feels like many fans have waited multiple lifetimes for the first female lead of Doctor Who to finally exist, there was sadly (but not too surprisingly) controversy surrounding the decision, too. On Wednesday, however, the BBC responded to the Doctor Who controversy with a statement that will have you wanting to throw on a pair of shades due to its sheer amounts of sass. Posted on their website in response to complaints from some viewers "unhappy that Jodie Whittaker has been cast as the new Doctor," the BBC responded:

"Since the first Doctor regenerated back in 1966, the concept of the Doctor as a constantly evolving being has been central to the programme. The continual input of fresh ideas and new voices across the cast and the writing and production teams has been key to the longevity of the series.

The Doctor is an alien from the planet Gallifrey and it has been established in the show that Time Lords can switch gender."

Please, take a second to really drink this part of the statement in. Let it fill your heart with joy and laughter, and may you cackle with unbridled delight at the stacked truth sandwich that the BBC is serving up without apology. Because the British broadcasting giant isn't accepting any of the sexist online responses to Doctor Who being female. Not a single one. And, even better, they're using legitimate Doctor Who canon to back up their simple argument that the Doctor can take the form of any gender.

But you really need to enjoy the rest of the statement to understand just how much the BBC isn't here for any arguments about why the Doctor can't be female, or why Whittaker is a bad choice of doctor. The statement continues,

"As the Controller of BBC Drama has said, Jodie is not just a talented actor but she has a bold and brilliant vision for her Doctor. She aced it in her audition both technically and with the powerful female life force she brings to the role. She is destined to be an utterly iconic Doctor.

We hope viewers will enjoy what we have in store for the continuation of the story."

Incredible. Let us all unite in applause and wave our sonic screwdrivers in the air, as if they have the power to obliterate sexist trolls from science-fiction forever. Because what the BBC's stupendous statement highlights is that as a work of science-fiction and fantasy, Doctor Who exists within an incredibly imaginative universe. As such, it has an unlimited capacity for new ideas, and for the exploration of fresh terrain — including (prepare yourself) a woman as a lead character.

Thanks to the incredible functions of the TARDIS, the storylines of Doctor Who are also based within a narrative that can transcend dimensions and time itself. So the thought that Doctor Who couldn't also transcend gender on screen isn't just incredulous, it's also laughable. And the BBC should be commended for addressing the complaints in a manner that focuses purely on how ridiculous such complaints are.

As an exploration of time, space, and the endless potential of the known and unknown universe, science-fiction is a genre which has a great capacity for exploring old ideas in new ways. There's something comical yet upsetting about imagining a Doctor Who fan happy to suspend their disbelief for a telepathic phone box that can travel through time, but unable to extend such belief to a female Doctor. Especially when you'd hope that such a fan had at least some understanding on the colossal possibilities of the universe that the show explores every episode.

So, thank you, BBC. Thanks for speaking the truth and doing so with the sort farcical response that these complaints duly deserved. Fans should be proud to move forward in time with Doctor Who and be excited for what sounds like an incredible first female Doctor, rather than remaining in the outdated traditions of the past. And if some people still can't deal with that fact, then they can just can get in their own TARDIS and go back to the '50s where they belong.