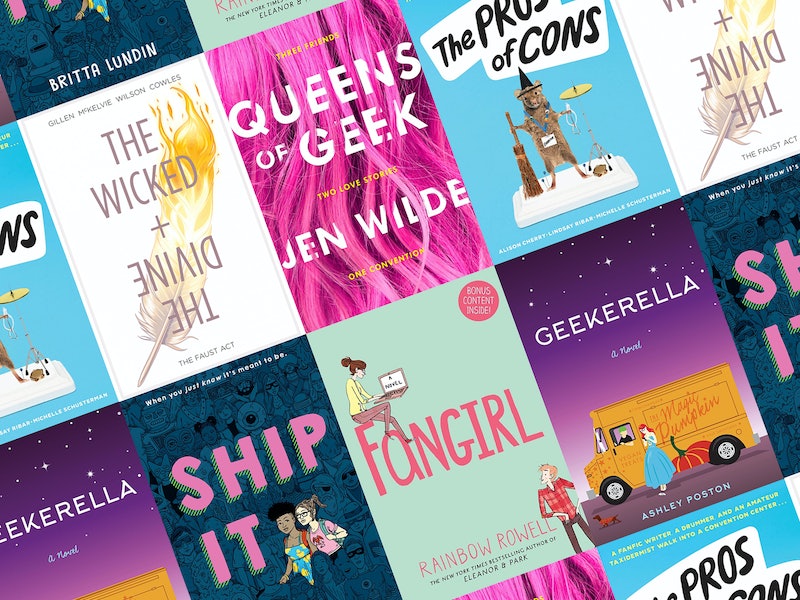 Many people argue that fandom as it exists today began in the late 1960s with Star Trek conventions that brought together "mega fans" who created an entire IRL community based on their favorite fictional universe. But the truth is that Trekkies were just one evolution of fandom, which has always existed in some form of another.

Sure, the first readers of Jane Austen novels weren't exactly waiting for cover reveals on bookish websites, or receiving swag bags in exchange for pre-orders, but they were still fans. And while live-tweeing and Tumblr gif-set making wasn't a thing in 1983, 105.9 million viewers still tuned in to watch the series finale of the television show M*A*S*H, which remains the most-watched finale of all-time.

These days, fandoms are such a pervasive part of everyday life, you even find fictional ones in books, TV shows, and movies. Young adult authors like Rainbow Rowell, Faith Erin Hicks and many others have used their own novels to create and reclaim the idea of fandom as safe spaces for those who so often get left out of more traditional structures: women and gender diverse individuals, the LGBTQ+ community, those with mental and physical disabilities, and more.

For authors like Poston, Anna Priemeza and Francesca Zappia — all of whom have all written about fandom in one way or another — what fictional fandoms from other writer's books have made the biggest impact on them and and why? Keep reading below to find out which fictional movies, bands, and books are most worth becoming a fan of and what makes them so special: