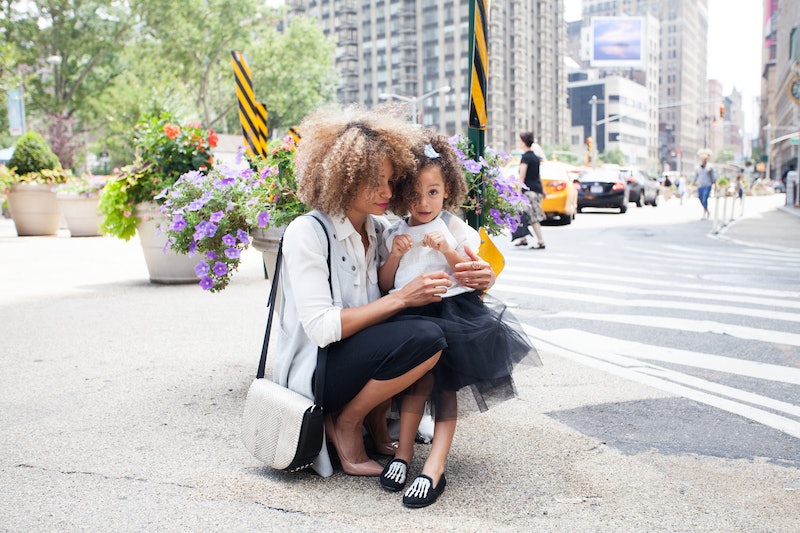 The Working Mother 100 Best Companies list, which ranks the top 100 workplaces in America for women who are also mothers, has released its 2017 edition, and it's revealed interesting data about mother-friendly businesses — and just what it takes to find an accepting employer. The 100 best companies, all of whom applied to be surveyed by Working Mother magazine, scored highly on things like parental leave, adoption aid, flexible working, childcare policies and benefits. So far, so good, but the corporate, highly skilled nature of many companies on the list makes it clear that, in the modern U.S., a supportive employer only really exists for certain types of working mothers.

The U.S. is classified as one of the least supportive countries in the world when it comes to maternity leave legislation, though the companies on the 2017 list do have helpful internal policies. But help for working moms goes far beyond just the period after the baby's born, and the Working Mother survey looked at everything from egg freezing coverage under company benefits, to phase-back programs for employees who've given birth. If this sounds like an unimaginable fantasy to you, it's likely because the 100 companies on this list work in a very specific area of the American economy, and moms who don't work in those sectors — or who don't have access to those sectors — are going to miss out.