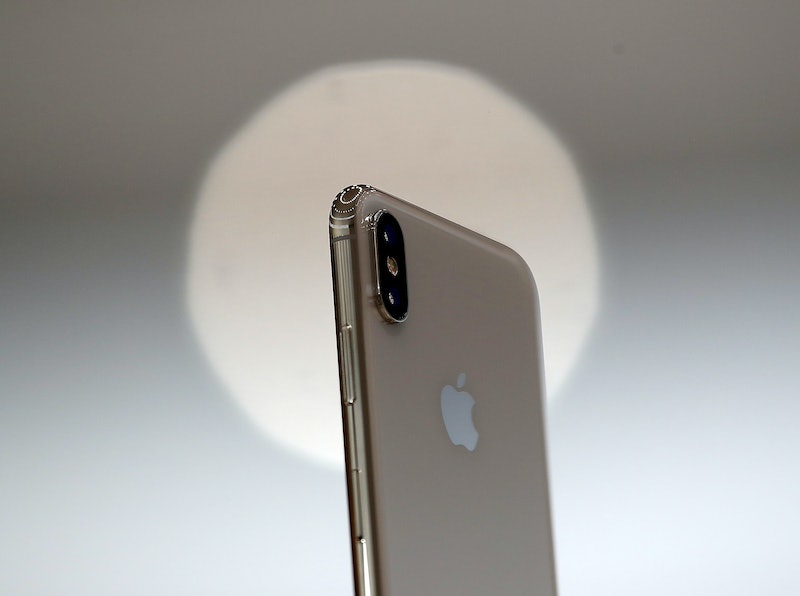 At long last, on Sept. 19, the new iOS 11 update for iPhones was released. It feels like it's been forever since we had a big operating system update, and I think we can all agree that we're looking forward to some changes and updates. You'll surely want to know what the best new features on iOS 11 are because they're going to have to tide you over until the iPhone X is here in Nov. 2017 — because let's be real, that's the only other thing we have to look forward to for a while.

And while nothing might be as exciting as the Animojis on the iPhone X, there are lots of new features in this update that are well worth making room for. A lot of the changes are things that we've actually been waiting for: From Maps updates like indoor walking directions that will keep you from getting lost at the airport to multi-tasking improvements, you'll be able to lean on your phone even more than you already do to function. There's definitely enough to keep us busy while we wait for the next big thing from Apple.

Here are a few of my favorite new updates — though, to be honest, I'm a big fan of them all, so it was really hard to choose:

Now, you can customize your go-to controls. You can choose what widgets you want to include and make it super personalized. Not everyone wants the same shortcuts, so this new control screen will actually make your life easier.

Siri was given a big upgrade. Now, her voice is much more human, better at pronouncing things, and has a much more natural knack for conversation. Maybe one of the most exciting things about the new Siri is that she can translate things for you on the spot. So, no more Googling translations and having to second guess sources — Siri is considered a trust-worthy translator. And, you can now type to her, if for some reason you don't like speaking to your phone.

Maps Knows Where To Go

One of the biggest issues I've always had with Maps is that it doesn't seem to know which lane you should be in, so if you have a turn coming up and you're in the wrong lane, you might miss it. Plus, unlike other apps, it doesn't track your speed or give you information on local speed limits. The new Maps does all of this. Plus, it has indoor walking directions. For example, you'll never get lost inside of a mall again. This update is epic.

OK, so they're not animated or 3D, but they are new. And you'll soon be obsessed with the wacky new additions. We need more zombies and zebras in our conversations, and now we have them.

They ability to drag and drop used to be for desktop use only. Now, with the new update, we can drag and drop words on our iPhones with a simple finger's touch.

If you never have storage because of your media files, that's about to change and you don't even have to increase your storage. Now, pictures and videos take up half the space thanks to some super cool compression technology. Score!

With the new update, your phone will really get the hang of how you function. The keyboard will suggest words you may have recently viewed on your phone. For example, if your friend suggested a brand for you to check out, Safari will suggest it, so that you don't have to keep referring back to your messages.

Notes On The Go

Now you can access your note pad from the lock screen. This is super helpful for people who often need to write something down on the go and end up struggling to unlock their phone and find their notes app in time. Now it's as easy at one tap. Plus, you can scan documents and files to be stored in your notes app — where you can modify them with signatures and marks — so it's fully loaded in the upgrade.

If you use your phone with one hand, you can now go to your settings and let the operating system know so that it can help you out by making things more accessible for that one hand reach.