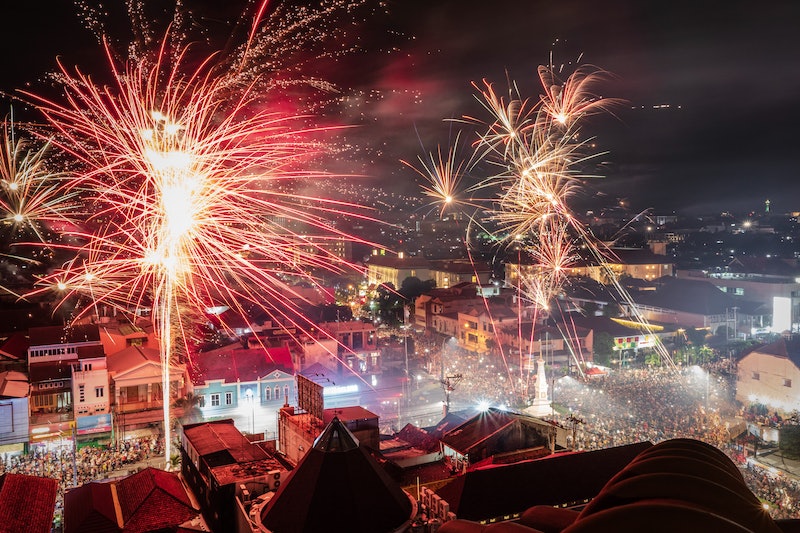 So you have some time off work and you want to do something special for the Fourth of July? Instead of browsing through your local listings, consider skipping town and checking out other Fourth of July fireworks events happening in major cities around the country on July 4, 2019. Whether you want to try something new, somewhere new this year, or you're just curious about how other cities celebrate Independence Day, you'll want to read on to learn about the varies ways in which all celebrations are similar and different.

While we've all agreed that fireworks are the main event, different cities put different spins on the occasion. If you think about it, the Fourth of July can be a great tourism opportunity if you have a spectacular event and some cities really try to stand out, and it shows. From pie contests to orchestral concerts, some cities really flex their entertainment skills on the Fourth of July and will more than happy to welcome you if yo feel like getting out of town. As someone who has literally gone to the same local fireworks every single year of my life, I both appreciate the novelty of the tradition, and the adventure of a new city switch up. Here I've put together a list of some major cities that add a little something extra to their fireworks celebration.

Head to the home of the site of the Declaration of Independence, AKA the nation's first capital for the Wawa Welcome America festival. Basically the entire city becomes a celebration zone, featuring tons of free events. Nearly all of the city's museums are open with free admission, there are outdoor movie screenings, and more. Oh, and of course, there are some epic fireworks at Philadelphia Museum of Art on July 4.

Boston is basically paying tribute to the founding fathers of the U.S. year-round, so you can imagine that their Fourth of July programming is going to really take it to the next level to stand out. To kick off the celebration, there will be a traditional fighter jet military flyover that will be choreographed to the tune of the “Star Spangled Banner”. Then there will be performances by Queen Latifah, a 50th anniversary tribute to Woodstock by Arlo Guthrie and finally the Boston Pops Orchestra will perform during the fireworks on the Charles River.

Denver is a fun city to visit any weekend of the year, but the Fourth of July is a bit extra. On July 3, they host an annual Independence Eve Celebration in Civic Center Park. This event will feature Chris Daniels & The Kings along with the Colorado Symphony. On The actual Fourth, you can go see Blues Traveler at The Red Rocks Amphitheater, or go see fireworks at Elitch Gardens Theme and Water Park.

Dover's fireworks are pretty straightforward and traditional, but this city does one special thing that makes their program really standout. It's called "Adopt-a-Firework," and it's a feature that allows you to dedicate fireworks to someone which is totally the kind of thing that would be featured in a Nicolas Sparks book, so I'm here for it. Adopting a firework is only $17.76 for each shell and you'll get an official "Adopt-A-Firework" certificate, making this a great gift, too.

Go to Key West for the turquoise water, the great weather and the epic fireworks at Casa Marina, and stay for the Key Lime Festival and eat your weight in Key Lime Pie for the most unique Independence celebration, ever. Oh, if that's not exciting enough for you, check out the Mermaid Festival July 5 to July 7 — yes, that's a real thing, and it's mostly free, too.

Head to Teton Village in Jackson Hole, Wyoming for a jam-packed weekend of festivities. At the foot of Snow King Mountain, you can watch a live reenactment of "frontier justice" which happens to be longest shootout show in the country. After the live show, there's a rodeo, and after that, there's two different fireworks displays for maximum viewing pleasure.

In Santa Fe, New Mexico, Fourth of July festivities kick off with Pancakes on the Plaza, a non-profit event that features yes, pancakes, and also a car show, live music and local crafts fair. Later, you can watch fireworks while sampling food trucks at the Santa Fe Place Mall. If you can stick around for a week, you'll get to see the International Folk Art Market (IFAM) which is the world's largest folk art festival. This market features over 150 artists from 50 countries showcasing handmade, artisanal goods, made traditionally.

As you might have guessed, Nashville has free music all day on the Fourth of July. This year, there will be performances by Brett Eldredge, Mac McAnally, Jessy Wilson, Dylan Scott, Creature Comfort, Jackson Bruck & The Dukes of Hume, Joe West Band, and the Nashville Symphony while the fireworks are displayed over the Cumberland River. Though the Fourth is the main event, the entire city is in celebration mode all weekend long, so if you're looking for an excuse to spend the weekend in Music City, this is it.

The Nation's Capital is of course going to have an epic fireworks display, that's obvious! Head to the National Mall, find a spot in the grass and watch the fireworks fall over the reflecting pool in front of the Washington Monument. But the celebration doesn't stop with fireworks; museums and galleries are open all weekend and free to the public, so you can really make the most of your visit.