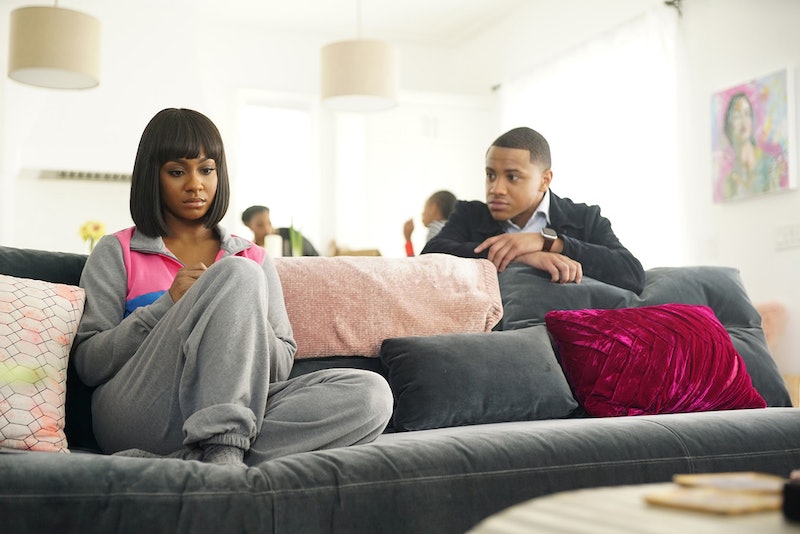 Spoilers ahead for the “Us Too” episode of Boomerang. The penultimate Season 1 episode of Boomerang tackled the #MeToo movement in its own way, and it was one of the first times that the tight knit group of friends seemed to splinter. Yet, the Boomerang episode "Us Too" was an accurate and moving depiction of the many viewpoints that people have on sexual assault and the ramifications people face as a result.

Simone is devastated when allegations of sexual assault surface against her "reformed womanizer" father Marcus Graham. It leads to The Graham Agency’s sudden shutdown and some of her friends losing their jobs — and a lot of food for thought for the friend group. Boomerang packs a powerful punch in a mere 20 minutes by allowing Simone, Bryson, Crystal, Tia, Ari, and David to break down their different opinions on not only Marcus Graham, but real-life celebrities like R. Kelly and Bill Cosby, cancel culture, and victim blaming from a Black millennial perspective.

It’s an uncomfortable, eye-opening, and thought-provoking exchange that peels back the complicated layers for each character. And, some of the characters' beliefs and where they stand on the issues might surprise some fans, for better or worse.

Here's how all of them defended their positions.