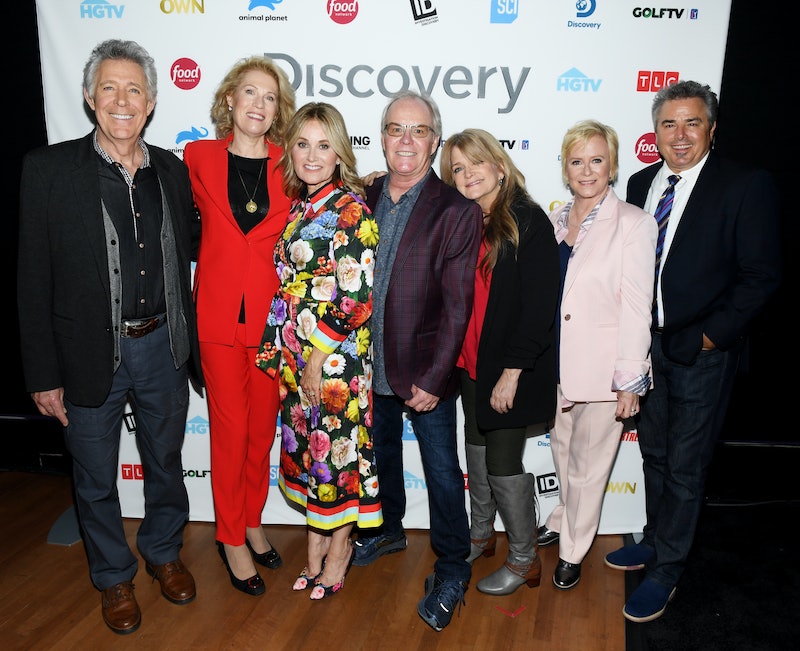 The summer sun’s callin’ The Brady Bunch reunion extravaganza’s name. Before A Very Brady Renovation will keep on, keep on, keep on dancin’ its way onto our TV sets, The Brady Bunch cast will be on Food Network and Discovery programs. As The Hollywood Reporter announced on Tuesday, July 23, the stars of the classic sitcom about a lovely lady, a man named Brady, and their bunch will appear on Food Network programs like Chopped, Worst Cooks in America, The Kitchen, and The Pioneer Woman. THR also reported that there will be be a Brady Bunch-ified episode of Discovery’s Fast N’ Loud. According to THR, The Brady Bunch editions of the aforementioned Food Network and Discovery shows are scheduled to air in August, and A Very Brady Renovation is set to premiere on HGTV in September. The three networks, which are all owned by Discovery Inc., sure seem to be up to something with the timing of these specials: September 26 will be the 50th anniversary of The Brady Bunch series premiere.

The Brady Bunch renovation shows has been in the works for about a year. Last August, HGTV purchased the Studio City house that was used for the show’s exterior shots and promptly confirmed that a renovation was on the horizon. Per Deadline, Discovery CEO David Zaslav said in a statement, “I’m excited to share that HGTV is the winning bidder and will restore the Brady Bunch home to its 1970s glory as only HGTV can. More detail to come over the next few months but we’ll bring all the resources to bear to tell safe, fun stories about this beloved piece of American TV history.”

Surviving cast members Barry Williams, Maureen McCormick, Christopher Knight, Eve Plumb, Mike Lookinland, and Susan Olsen did not just reunite at the house for a fun 'n' nostalgic photo op; the Brady kids all threw on hardhats and helped make this home look like the set that was used in the TV show. As the cast showed Today's Natalie Morales when she visited the reno site back in February, each Brady sibling was assigned at least one room in the abode. In a statement provided to THR, Discovery Inc. chief lifestyle brand officer Kathleen Finch said, “They became the biggest fans of the project. They were totally hands-on with the renovation and a lot of the design decisions were led by them.” The Brady Bunch stars worked alongside Drew and Jonathan Scott of Property Brothers, Mina Starsiak and Karen Laine of Good Bones, Leanne and Steve Ford of Restored by the Fords, Hidden Potential's Jasmine Roth, and Lara Spencer of Flea Market Flip. According to HGTV’s website, the makeover of The Brady Bunch house was completed in May.

Suffice to say, there is a lot of exciting Brady content coming down the pike. Let's cross those fingers that Food Network delivers at least one porkchops and applesauce recipe. If Ree Drummond doesn't imitate Peter Brady's Humphrey Bogart impression, I'll be more steamed than a pot of cheese fondue.