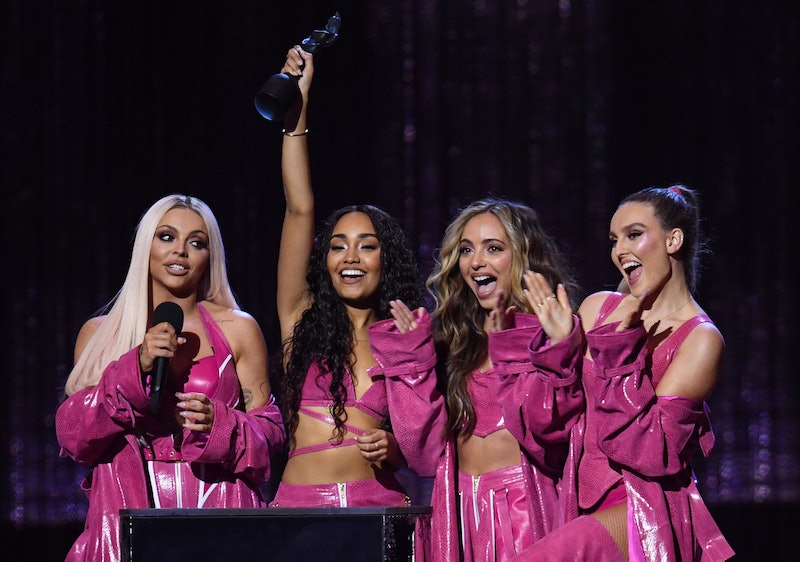 As the new year draws ever closer, discussion surrounding the 2020 awards season is already underway, and the UK's biggest celebration of music is set to return once again. I am of course referring to the annual BRIT Awards, which over the years has honoured the likes of The Spice Girls, Ed Sheeran, Adele, and many more. However, the BRIT Awards are changing in 2020, and the ceremony will undergo a major overhaul.

As Digital Spy reports, the changes applied to next years BRITs revolve around many of the show's biggest categories and fan voting — much of which is set to be axed.

The televised ceremony is scheduled to return in February 2020, and prizes including Outstanding Contribution to Music will not be featured within the planned lineup of awards, which has been reduced to a total of just nine. In addition to cutting elements of the live broadcast, the BRITs have also renamed some of the most prestigious categories, including the previously titled Critics' Choice Award, which is now known as the Rising Star award. Elsewhere, the British Breakthrough Act will be referred to as Best New Artist, and the British Single award has now been retitled Song of the Year.

Most controversially of all, the Best International Group category has been axed, which has irked a few fans of the K-Pop group BTS, who no longer have a shot at winning a BRIT.

If that wasn't enough, it appears the BRITs have decided to remove all fan-voted categories, which may also leave music fans a little miffed. According to the Metro, all winners will instead be decided by an "Official Voting Academy," which is said to be made up of music industry experts.

Speaking of the ceremony's overhaul, chairman of the BRITs Committee for 2020, David Joseph, promised a "fresh look" BRIT Awards, and revealed that "creativity, British culture and exceptional performances" will be at the heart of what is set to be a "world class celebration." When discussing the show's departure from British-centric categories, Joseph went on to describe the BRITs 2020 as being "a global platform for the artists of the year to create moments that live beyond the night itself" — however, one new addition to the ITV ceremony will not be included, despite previous reports suggesting otherwise.

A story published by The Sunday Times suggested organisers were also planning to introduce gender-neutral categories in order to accommodate artists who identify as non-binary. However, that speculation was soon put to bed after a BRITs rep told the BBC, "We can 100% confirm that there will be male and female awards in the UK and international categories in February 2020." However, they did say they would say they will review the way they distribute prizes in future ceremonies, including the possibility of removing separate male and female categories, the BBC reports.

The BRIT Awards will air on ITV in February 2020.

More like this
Theo James Would “Love” To Star In George Michael Biopic
By Sam Ramsden
Siva Kaneswaran's Net Worth Shows The Value In Chasing The Sun
By Bustle UK
9 Time Catherine Cawood Was An Absolute Badass In Happy Valley
By Sophie McEvoy
This Dark 'Happy Valley' Theory Will Keep You Up At Night
By Sophie McEvoy
Get The Very Best Of Bustle/UK
Sign up for Bustle UK's twice-weekly newsletter, featuring the latest must-watch TV, moving personal stories, and expert advice on the hottest viral buys.