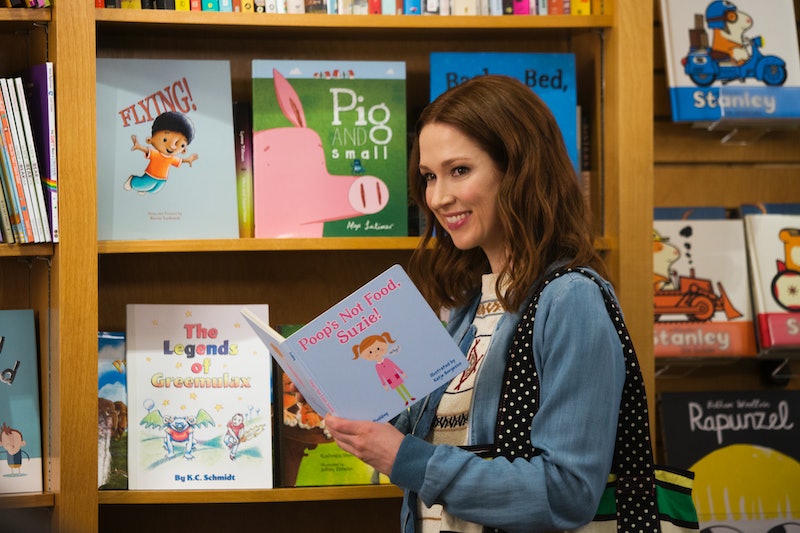 By the time Netflix's Unbreakable Kimmy Schmidt aired its series finale, it had evolved from a show about a woman restarting her life in New York City after being held captive in an underground bunker for a decade into a show about the way creativity can help process trauma and provide agency for those existing outside of traditional power structures. When Kimmy published her children's book, The Legends of Greemulax, she finally channeled all that creativity into something that could be a source of joy and comfort for other people. Now, thanks to Little, Brown Books for Young Readers, readers will get to experience the book in real life. The publisher announced that they will be releasing The Legends of Greemulax, an original novel inspired by Kimmy's book, on April 2, 2019.

For those who haven't caught up with Unbreakable Kimmy Schmidt (spoilers ahead!), in the finale, Kimmy published a children's fantasy book series titled, The Legends of Greemulax under the penname K.C. Schmidt. The book series becomes wildly successful – like, Harry Potter-level successful — and Kimmy's fantasy world even inspires an Orlando-based theme park. Not bad considering the book series argued in serious favor of dismantling the patriarchy.

According to Little, Brown, the book is set in the world of Greemulax, where legend has it that a dragon attack destroyed the tight-­knit community’s girls and women. The men, ruled by Grabagorn Prime, have lived in mourning and stewed in anger ever since. All the while, Penn dreads the day that he will become a Grabagorn, a powerful hairy blue monster, as all boys in Greemulax do. But when Penn accidentally catches a girl named Kristy in his dragon trap, he starts to question everything he thought was true. And together they must rewrite the rules of Greemulax before both are lost forever.

'The Legends of Greemulax' by Sarah Mlynowski
Amazon

Though the book is published under Kimmy Schmidt's name, it was authored IRL by Sarah Mlynowski, who has written dozens of novels for adults, teens, and children.

The Legends of Greemlaux is the latest in a series of fictional books from television shows that have hit the shelves in real life; Marriage Vacation, the fictional novel from TV Land's Younger, was published in June 2018, and Snow Falling, written by Jane Villanueva in The CW's Jane the Virgin hit the shelves in Nov. 2017. If the lines between our favorite TV shows and real life are going to continue to be blurred, I'm just glad the result is more books.