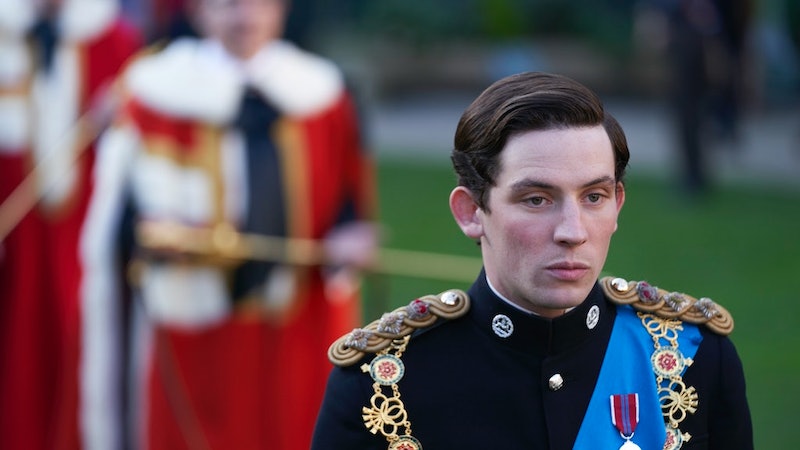 The Crown returned for a third season with the introduction of Prince Charles and Camilla Shand’s relationship, but the actor who stars as the Prince of Wales himself might be more concerned about eccentric royal food trivia than salacious love triangles. In an interview with Vulture published on Nov. 18, British actor Josh O’Connor revealed the question he’d ask Prince Charles if he were ever given the chance — and it’s a question that fans of the Netflix period drama will surely be curious about, too.

While the boiled egg tidbit hasn't been confirmed by the heir to the British throne, the lunch tidbit appears to be true. In honor of the royal’s 70th birthday last November, Buckingham Palace published an extensive list that detailed 70 facts about Prince Charles on its official website. Lo and behold: Fact no. 20 reads, “The Prince does not eat lunch.”

As for the prince’s affinity for boiled eggs, a 2006 book titled On Royalty by British broadcaster Jeremy Paxman said Prince Charles would choose from seven boiled eggs since “his staff were never quite sure whether the egg would be precisely to the satisfactory hardness,” as per The Guardian. As such, various eggs were prepared “and laid out in an ascending row” so that “if the prince felt that number five was too runny, he could knock the top off number six or seven." Clarence House, however, insisted that the boiled eggs claim was a mere myth in 2012.

In his interview, O’Connor also addressed reports that stated Prince Charles and his staff were “deeply paranoid about The Crown.” A royal source told The Sun in October, “They are trying to make him a popular king-in-waiting.” O’Connor, however, doesn’t believe he should be worried. “The reception seems to be so far one of great understanding," he said. "I have huge sympathy for Charles."

O'Connor continued, "He’s lived for a very long time in the shadow of his mother and has done so much for the crown and for the country of Wales and for the environment. I think he comes across really well in the show.”