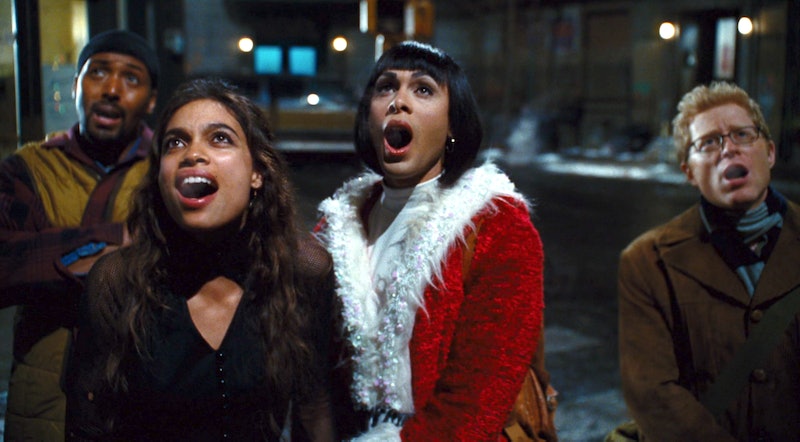 Mark, Roger, Mimi, Tom, Angel, Maureen, Joanne, and even Benny have been beloved characters for more than 20 decades. But if you first met them in the 2005 Christopher Columbus adaption, you will immediately notice differences between Rent: Live and the movie. These changes will come as no real surprise to fans of the original Broadway musical since they've had years to lament or accept the liberties that the film took with Jonathan Larson's musical.

The original Broadway production of Rent was critically acclaimed and won the Tony for Best Musical in 1996, but the same really can't be said for the film. Reviews from critics were not overly kind, with Rent holding a score of 46 percent on Rotten Tomatoes. And the movie also divided fans — and not just because of the changes between them. The Columbus film used the majority of the original Broadway cast and while some people may have appreciated that, others thought those actors were too old to reprise their roles nine years later.

Yet, if you never had the opportunity to see Rent live onstage, the movie introduced you to this world of artists struggling to pay their rent in Alphabet City and living with HIV/AIDS. So for the sake of seeing where these adaptions stand, here are the differences between Rent the movie and Rent: Live.