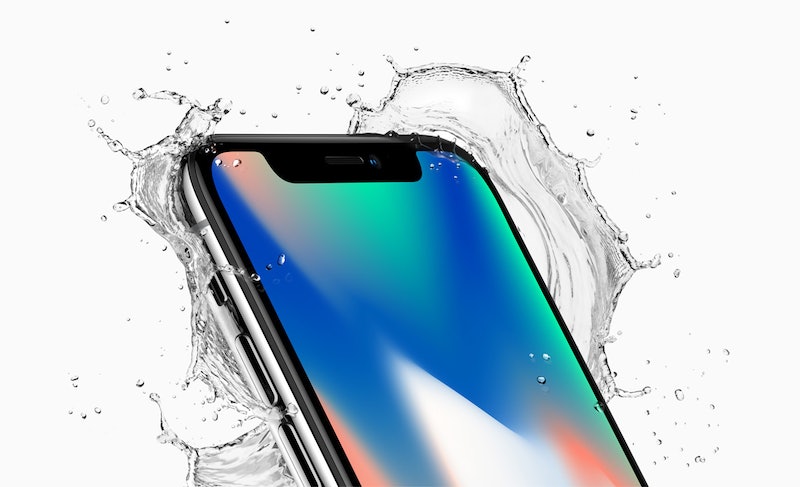 Happy Apple Day, America! The tech giant's annual iPhone unveiling event has become one of the most collectively exciting days for the country since the first iPhone was introduced to the world 10 years ago. And now, everyone has two new models to consider, so if you plan on purchasing one, it could be a tough choice. There are some important differences between the iPhone X and iPhone 8 that you should consider before placing your order so that this high end technology doesn't eat into your bottom line.

The new models were unveiled at the corporate campus in Cupertino, California. Apple CEO Tim Cook spoke to an audience in the newly opened Steve Jobs Theater, extolling the virtues of the new X and 8. In his announcement of the iPhone X, Cook called it "a product that would set the path of technology for the next decade." “Over the past decade, we've pushed forward with innovation after innovation, bringing us to this moment, when we can create devices that are far more intelligent, far more capable, and far more creative than ever before," Cook said on Tuesday at the Apple event.

The announcement came as sort of a surprise, since it was widely assumed that the new models would be the 7S and 7S Plus, with the 8 as the new premier phone. However, documents were leaked that unveiled the name of the new product at top of the line. Both phones sound very appealing in their unique ways, but you unfortunately have to make a choice.

The price is arguably the most important difference in making your decision. The iPhone X will run you $999, and the iPhone 8 $699. At that point, the extra $300 for the superior model might seem like a marginal gain, but there are a lot of things you could do with that much cash left over, too.

There are a few pretty major differences between the models' hardware as well, which may inform your decision on which phone to get.

The iPhone X features facial recognition software in place of the fingerprinting system, TouchID, which will remain on the 8. The technology company claims that in most cases there is a one in a million chance that another person can open your phone. (Though Apple did say that you should also use an alphanumeric passcode if you have an "evil twin.")

Apple is obviously a trusted developer after years of delivering quality products, but people have often found that it's better to get the second generation of a new technology after the kinks in the system have been worked out. But the iPhone X's facial recognition ability has an added bonus: the technology can be used to create an "animoji," an emoji animation that mimics the movements of your face.

The iPhone X will also have a different physical design than iPhone 7 and 8. So, if you already have the iPhone 7, an upgrade to the 8 instead of the X means you won't have to replace any of that extra stuff, saving you even more money. On the other hand, the idea of getting a bunch of cool new phone accessories might be a plus for you. And at least you have until October 27, when preorder opens up, to make a decision.

In this day and age, smartphones are so necessary, people kind of need to pay attention to how technology is advancing. So indulge a little and gush over the new iPhones, while you consider the differences between them and what might be best for you.

Everything You Need To Know About The iPhone X

Here's When To Expect The iPhone 8

Here's The Fun Colors The New iPhone X Comes In

If You Want To Charge Your iPhone Wirelessly, You Might Have To Buy A New One

More like this
Poshmark Vs. Depop: How The Reselling Apps Compare
By Emma Carey
How To Protect Your Digital Privacy If You Need An Abortion Post-Roe
By Kaitlyn Wylde
How to Delete (or Pause) Your Hinge Account
By Emma Carey
What Is A “Softboy?” The TikTok Term & Aesthetic, Explained
By Courtney Young
Get Even More From Bustle — Sign Up For The Newsletter