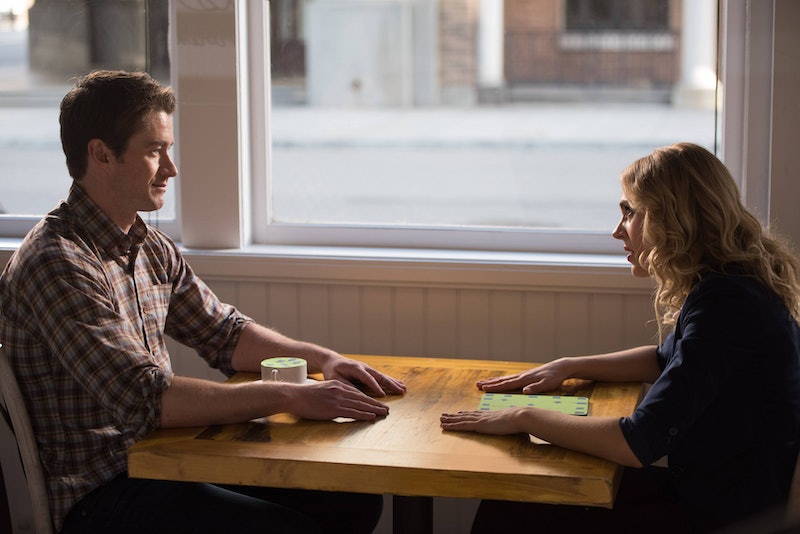 You've got to love a show that pulls no punches in its debut episode. Dimension 404's premiere "MatchMaker" reveals its twist up top and, along the way, provides some interesting commentary on modern dating culture. SPOILERS ahead. The first episode of the show starts innocently enough, with Adam, an indie music blogger frustrated with the dating pool, meeting the woman who appears to be his soul mate on a dating app called "Make-A-Match." Astute science fiction viewers may be able to tell where this is going — the "Make-A-Match" very literally has constructed a match for the user.

However, the show zags where the audience may think it zigs, and reveals that Adam is the made match, not his soulmate Amanda. In fact, indie music blogger Adam is the fifth in a line of Adams made to fit Amanda, after angsty drummer Adam, exercise Adam, yoga Adam, and bookish Adam failed to make things work. While the episode only gets goofier after the revelation, the episode manages to zero in on a truth about the world today – that dating apps have made relationships feel more disposable than ever before. Whenever a man made for Amanda isn't just right, a new and improved one comes quickly along to take his spot.

In our own real world, it has never been easier to find someone who would be interested in going on a date. It may not be a good date, but you'd likely be able to find a willing someone, or many someones, on one of the many apps that exist. With this easy access to new dating opportunities, sometimes it can be all too easy to throw one person away in hopes of finding something better out there. There's an abundance of choice, but that's not always a good thing — especially when it comes to trying to get someone to commit. According to The Independent, dating scholar Zoe Strimpol told Radio 4’s The Long View that dating isn't unlike shopping these days. “When you buy something, it’s novel and when you’re done with it you dispose of it,” she said.

"MatchMaker" takes that observation to the next level, allowing users to have a whole new person made specifically for them when they find something they don't like about their most recent partner. When Adam 5.0 is deemed "too clingy," Amanda throws out nearly everything that made Adam 5.0 unique and orders someone she thinks she would like more for Adam 6.0. With so many options, the fear of settling has become a major factor in people's decision to be (or not to be) in a relationship, because something better is rarely ever more than one right swipe away.

Dimension 404's series premiere doesn't try to make the case that dating apps are dangerous, but it's not hard for viewers to take away that they should approach apps with caution. When there's always the possibility of a better version of your supposed soul mate being out there, it's hard to stay focused on the relationship you are in. It's also important that people aren't defined by their relationships the way that Adam's only purpose in life is to be in love with Amanda. Real relationships require give and take on both sides.

Ultimately, after a cafeteria food-fight ends with the owner of Make-A-Match succumbing to an explosive death — "MatchMaker" shows that futuristic science and love apps may be scary, but there's nothing more powerful than love — for better or worse.