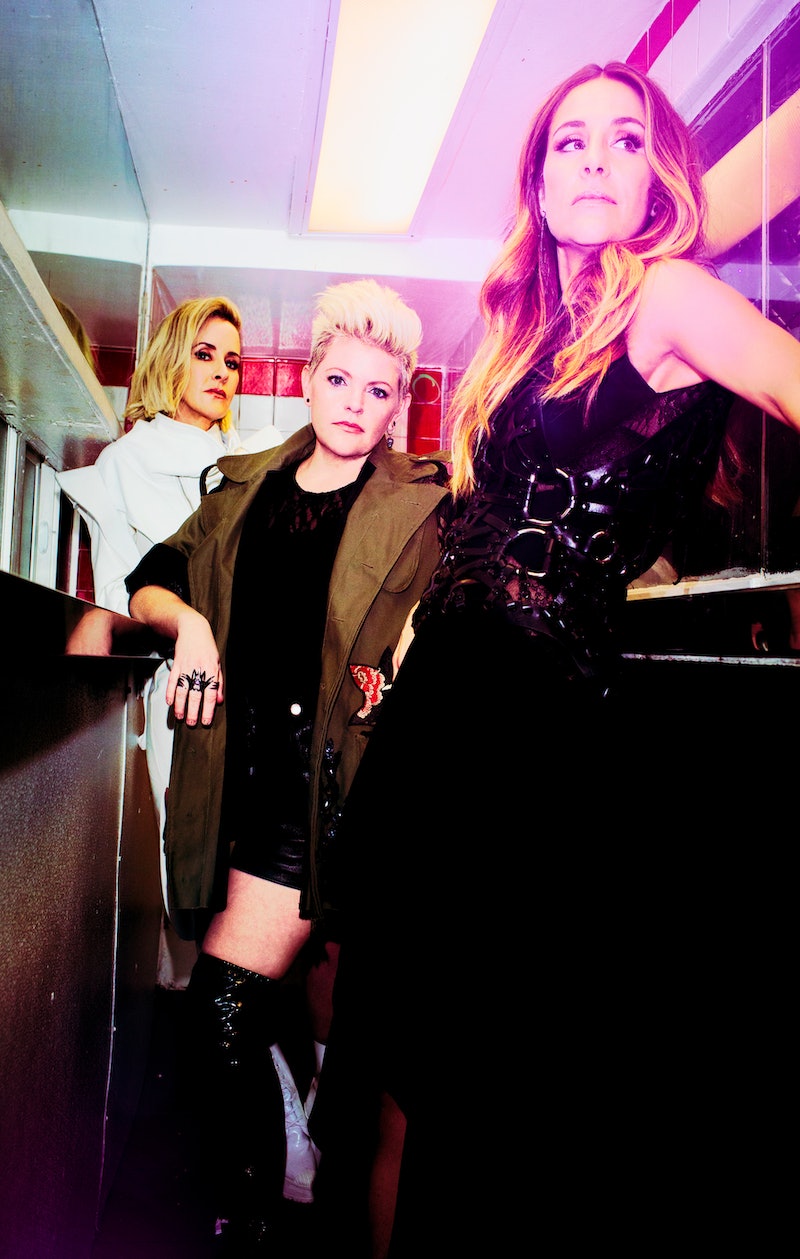 To celebrate the intended release date of their comeback album, the Dixie Chicks released a new song, “Julianna, Calm Down,” on April 30. The ballad comes from the group’s upcoming album Gaslighter, their first in 14 years, which was originally supposed to come out on May 1. Gaslighter’s release has been postponed to an indefinite date in the summer due to the COVID-19 pandemic, but the trio didn't want to leave fans empty handed. “We hope it makes you feel empowered, smile, and strut the f*ck around like you’ve got nothing to lose,” the group said in a statement. “We will strut through this time together.”

Produced with Jack Antonoff, “Julianna, Calm Down” leans into empowering individuals involved in less than idyllic relationships. Named after bandmate Emily Strayer’s daughter Julianna, the song specifically mentions women named Harper, Violet, Katie, and so on and urges them to stand up for themselves “Julianna, calm down / You know he's about to leave, but don't panic / Don't give him the satisfaction that you can't handle it / Breathe, it'll be okay,” the verse begins.

“Julianna” comes after the group released “Gaslighter,” the eponymous single from their upcoming album, in March. Also produced with Antonoff, “Gaslighter” takes on a different tone from “Julianna,” though they definitely share some themes. “I believed in the promises you made to me / Swore that night 'till death do us part / But you lie, lie, lie, lie, lied,” they sing on “Gaslighter," which marked the Dixie Chicks’ first single since their 2006 album, Taking the Long Way.

The group first announced that Gaslight would be postponed indefinitely on social media in April. In an eccentric clip with the hashtags #StayHome and #StaySafe, a montage of children crying, adults (and a bear) screaming, and Donald Trump talking via news clips are used to share the update. The words “we’re sorry,” “stay tuned,” “big surprises,” and “coming soon” all flash in the montage.

Gaslighter’s postponement comes after various other musicians have halted the release of their albums due to the global health crisis. Lady Gaga’s Chromatica, Sam Smith’s untitled album, Alanis Morissette’s Such Pretty Forks in the Road, Alicia Keys’ Alicia, and Luke Bryans’ Born Here, Live Here, Die Here are just a few of the albums that have been impacted by COVID-19.