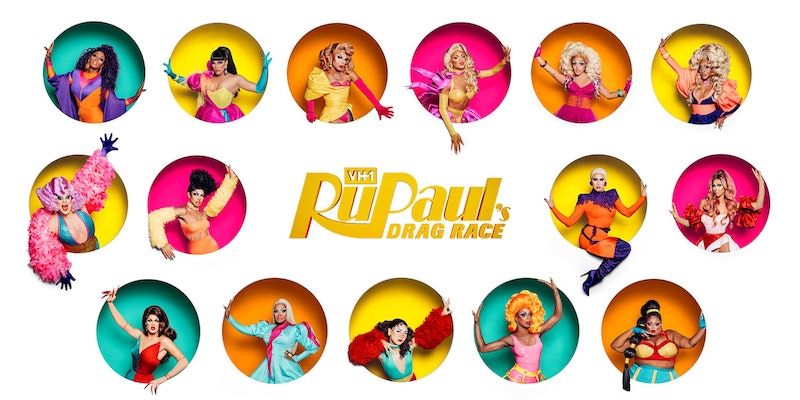 The objective of RuPaul's Drag Race may be to take home the crown, but there's one milestone that at times, seems even more important: surviving Drag Race's Snatch Game. As one of the show's most iconic traditions, surviving Snatch Game not only means getting a step closer to winning, but confirmation that the queens can make RuPaul laugh — a commendable feat in its own right. During the Season 11 iteration on April 18's episode, this year's sisters undertook a nautical version of the game titled Snatch Game at Sea. And unfortunately, they must've gotten sea sick, because most of their humor fell flat.

Being an improv challenge, Snatch Game is bound to bring awkward silences and bombed jokes — it happens. The queens often have to take a beat to connect with their characters. But this season's sink-to-float ratio was way off the map. Instead of the usual two standout performances, Silky Ganache carried the show solo with her bold, wine-sipping impression of Ts Madison, and most everyone else seemed to voluntarily walk the plank. Ru said it could turn into the Titanic if the queens weren't careful, and well, the iceberg was in plain sight. Don't recall? Let us re-board the S.S. Sick'Ning together.

Nina fans knew this could be her challenge. She's a campy theatre queen through and through — what better way to embrace that than through improv? Her pitfall was her indecision when picking a person to portray. Instead of making a concrete choice, she went with two people — Harvey Fierstein and Jo Anne Worley — and changed halfway through the challenge. (And by changed, she added a wig and scarf.) What she tried to pull off as a standout trick came across as messy and confusing, especially because many younger viewers wouldn't be familiar with her impressions to begin with.

If you got a sense of déjà vu when Plastique portrayed Lovely Mimi — who's best known as a celebrity nail tech and reality star in Love & Hip Hop: Atlanta — you're not the only one. Like RuPaul mentioned during his werkroom walk-through, the character was similar to the nail tech she played during the Episode 2 Blockbuster movie challenge. We've seen it before, which left everyone wondering what else she can do.

Yvie Oddly Was Bronze-Level At Best

Yvie has ridden through the competition on her unique individuality, so embodying someone else took her out of her comfort zone. And instead of using it as a chance to further flex her creativity, she clammed up. Attempting to riff on Whoopi Goldberg's age, she quipped it had been "6,000 years" since the actress had landed a role. A joke that low, especially about such an accomplished actor, was already at risk of failure. Then Ru called her out. "Aren't you on The View?" he asked. Awkward silence ensued. Next.

Some of the least disappointing of the bunch were Shuga and A'Keria. They both stayed in character the whole time and landed a few jokes with Ru, but didn't take any risks. Shuga paid homage to her Latinx roots with her portrayal of Latin-American actress and comedian Charo, and A'Keria played Girls Trip actress Tiffany Haddish.

In an effort to play off of her experience as an internet sensation, Vanjie chose to be Danielle Bregoli — aka Bhad Bhabie or "Cash Me Outside" girl. If you're not familiar, she appeared on Dr. Phil as an unruly child, tried to fight her mom, and then became a meme-turned-famous rapper. Vanjie did her best to capture the viral humor, but in the end, there wasn't enough character dimension to hold anyone's attention.

At this point in the competition, Brooke is used to being in the top. She's won multiple challenges and has steadily built a pristine rapport with the judges. But impersonations aren't "her thing," so she went into Snatch Game with a hit to her confidence, and it showed. She stuttered through Celine Dion and attempted a French-Canadian accent, neither of which were accurate or funny. Her new boo Vanjie just watched with cringe-ful sympathy. "My heart will go on," Vanjie said. "Love you." Ouch.

That ship full of drag queens was damn near close to sinking, but with the help of Captain Ru's grace, all of them lived to see another challenge. After landing in the bottom two, Yvie and Brooke made up for their performances with the most epic of lip-sync battles, and Ru used his seasonal save to keep them both. No one was eliminated.

And that's that. Another Snatch Game down — *deep inhale* — an indefinite amount to go.

More like this
Brandon & Serene Reveal The Major Relationship Milestone They Celebrated After 'BiP'
By Kadin Burnett and Grace Wehniainen
Everything To Know About 'RHONY' Season 14
By Jake Viswanath and Alyssa Lapid
Twitter Is Still Reeling Over Tyler’s 'Strictly' Exit
By Sophie McEvoy
Yes, That Is Victoria & Another ‘BiP’ Alum In Zach’s ‘Bachelor’ Trailer
By Kadin Burnett and Grace Wehniainen
Get Even More From Bustle — Sign Up For The Newsletter