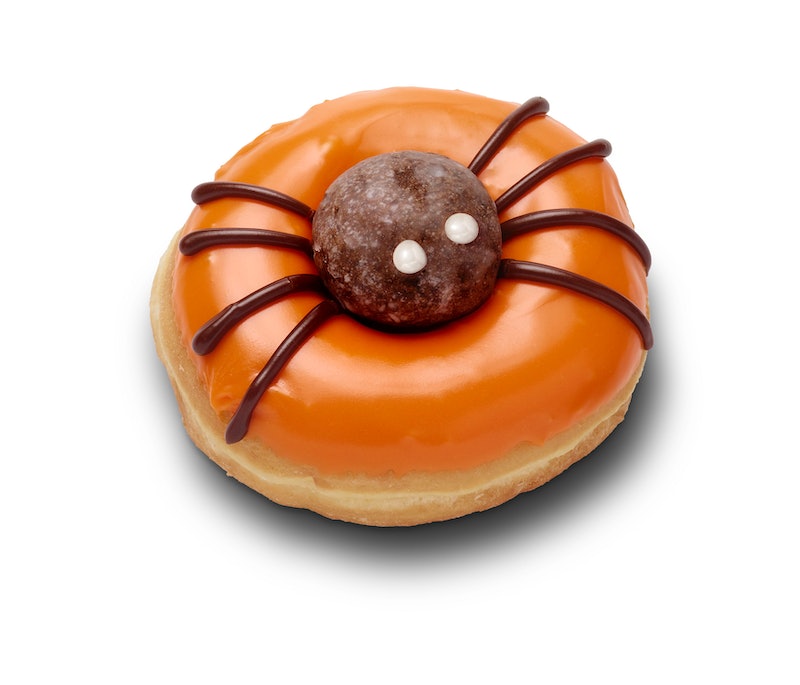 If you like both tricks and treats, I have some excellent news for you: Dunkin’s Halloween menu for 2019 has arrived, and it’s full of both. The Massachusetts-based bakery and coffee shop chain just announced everything that’s in store for visitors throughout the month of October — and although you’ve only got a limited amount of time to grab them before they vanish back into the spooky ether from whence they came, they’re sure to inspire both frights and delights. Lots of returning hits are to be found here, as well, so if you’re a creature of habit… well, then you’re doubly set, aren’t you?

Unlike a lot of seasonal fall menus, Dunkin’s Halloween menu is typically only available throughout the month of October — no holiday creep here. 2019 is no exception; the announcement of the spookily seasonal offerings arrived precisely on Oct. 1. The menu’s time in the sun (or moonlight, I suppose, given the time of year) usually wraps up not too long after Halloween, so you’ve got roughly a month to enjoy these treats at participating Dunkin’ locations nationwide.

The Spider Donut is the main attraction here, because, I mean… it’s a donut that looks like a spider. Or, perhaps more accurately, a donut topped with something that looks like a spider — which, itself, is made out of donut. The treat consists of one of Dunkin’s classic yeast donuts frosted orange, with an edible “spider” made out of a glazed chocolate Munchkin sitting in the middle of the base donut’s hole. The Munchkin gets is spider-like appearance from eight little chocolate drizzles posing as the creature’s legs and dotted-on eyes made of either white or orange icing. It’s true that the Spider Donut’s design hasn’t changed much from its original incarnation, which debuted during the 2017 Halloween season — but to be honest, it’s never really needed to change. Why mess with perfection, right?

If the Spider Donut is A Bit Much for you, though — which would be understandable; it is extremely “extra,” as the Youths say, not to mention essentially two donuts in one — Dunkin’s standard donuts still have you covered. They’re all getting a seasonal makeover as well. All your favorite treats will be decorated with frosting, icing drizzles, and sprinkles in seasonally appropriate colors; expect to see a lot of orange, black, dark brown, and white on Dunkin’s shelves over the next month. Oh, and in case you’re feeling generous, you can also nab a box of Munchkins to share with your favorite people for cheap this month. A 10-count box of donut holes is just $2 for the entirety of October. Heck yes.

Lastly, for those who prefer to drink their treats, rather than munch them, one of Dunkin’s most beloved cups of joy is returning for the colder months. Oreo Hot Chocolate is on the menu again, combining the sandwich cookie’s distinctive chocolate-wafer-and-crème-filling flavor profile with Dunkin’s own hot chocolate. Oreo Hot Chocolate made its first appearance at Dunkin’ during the fall of 2016, where it became an instant hit; in 2019, it will be available as part of Dunkin’s winter beverage menu — which means you’ve got more time to enjoy it than you do the Spider Donut; typically, it’s available all winter long.

Dunkin’s 2019 Halloween menu is somewhat smaller than it has been in recent years. Last year, both the Spider Donut and an Oreo Donut were offered alongside the Oreo Hot Chocolate; what's more, while it’s common for Dunkin’s regular donuts to get some new décor for the season, it’s worth noting that in 2017, the company actually came up with new names for all of the redesigned treats — more than a dozen in all, including Boston Scream (a Boston Cream donut decked out with an orange drizzle), Witch’s Brew-Berry (a glazed blueberry donut adorned with a drizzle of purple icing), and Vampire’s Delight (a jelly donut, of course).

But even with a somewhat diminished set of offerings, Dunkin’s Halloween menu is always a welcome part of the Halloween season (I will always say yes to a donut topped with a spider that is also made of donut). The 2019 offerings are available at participating Dunkin’ locations nationwide for a limited time starting now. You can find your nearest location here. Trick or treat!