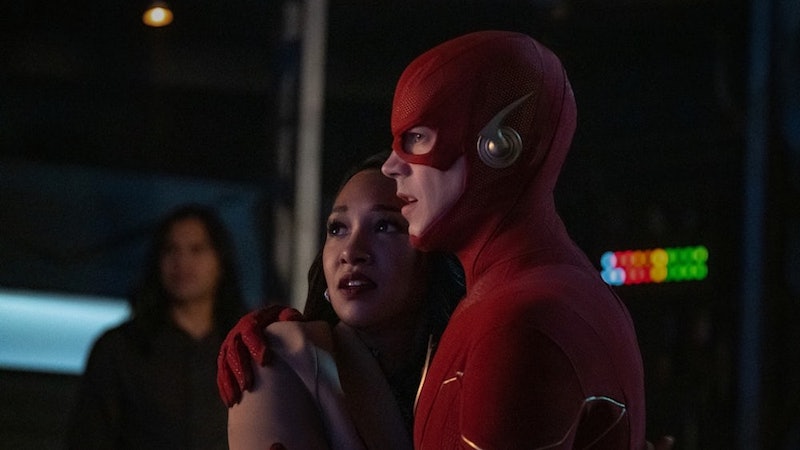 Barry Allen may be the fastest man alive, but will it be enough to save Iris from the mirror realm she’s currently trapped in? All will be revealed during Tuesday night’s makeshift season finale, though thankfully the journey for Team Flash is still far from over. The Flash was renewed for Season 7 in January, along with a slew of other beloved CW shows. So regardless of how the rest of this season shakes out, rest assured that these beloved characters will be back to fight crime (and meta-humans) another day.

Unfortunately, it remains unclear at this time exactly when fans can expect Season 7 to air. In the wake of the coronavirus outbreak, TV productions have come to a complete halt, making it impossible to start shooting a new season. And while there’s still time for that to change, viewers should prepare themselves for the possibility that The Flash won’t be able to return as quickly as it normally would this fall. Fox has already opted to push back the returns of several of its scripted series to 2021, and other networks could follow suit, depending upon how long the stay at home orders continue.

For his part, though, Grant Gustin, who plays Barry on the show, is very eager to continue his journey as a speedster and has big hopes for the show’s future, despite the fact that his contract will be coming to an end by that time. "Listen, I may never have a job this cool again, that this many people actually tune in to watch, so I'm not gonna take it for granted," Gustin told Entertainment Tonight earlier this month. "I was talking to Michael Rosenbaum the other day and to go as many seasons as they did with Smallville, like, nobody gets to do that! That's always been something I thought would be really cool to accomplish.”

However, Grant is well aware that the decision to continue to move forward isn’t just up to him, but the entire cast. On a personal level, though, he hopes that the series still has plenty of seasons to come. “I can definitely see myself doing more than just the one [season] that I have left on this current contract,” he added. “Seven [seasons] is it for most of the cast actually, but I think it would be great if we can continue after that."

These remarks align with what Grant told Rosenbaum on his podcast, admitting that the pandemic threw a wrench into contract negotiations. “The conversations actually had started already for adding a potential eighth and ninth [season], but then this pandemic happened, and everything has stopped,” he revealed. “We don’t know when we’re back, and I don’t know when we’re going to continue the renegotiation talks." Let’s just hope it’ll be sooner rather than later.

More like this
'The Queen’s Gambit' Season 2 Tweet Wasn’t From Anya Taylor-Joy
By Mary Kate McGrath, Jack Irvin and Grace Wehniainen
Netflix Shut Down 'Bridgerton' S3 Rumours About A “Very Dark” Storyline
By Bustle
Twitter Simply Couldn’t Cope With The ‘Happy Valley’ Finale
By Sophie McEvoy
9 Time Catherine Cawood Was An Absolute Badass In Happy Valley
By Sophie McEvoy
Get Even More From Bustle — Sign Up For The Newsletter
From hair trends to relationship advice, our daily newsletter has everything you need to sound like a person who’s on TikTok, even if you aren’t.