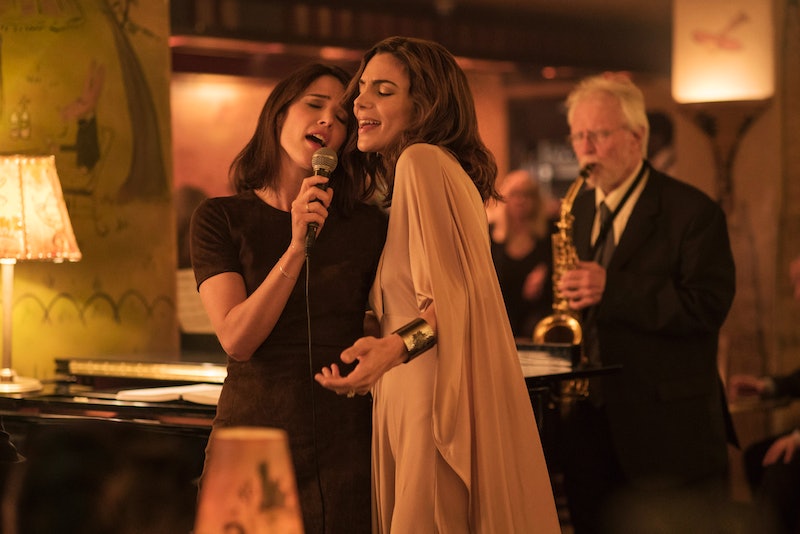 Netflix's Friends From College is a nostalgia trip for both the characters of the series and the audience watching it. Centering on a group of Harvard buddies reunited 20 years after graduation, the Friends From College Season 1 soundtrack features lots of '90s tunes to bring you back to the decade when Sam, Ethan, Lisa, Max, Nick, and Marianne met There is no word yet if the soundtrack will be released officially, but for now, you can create your own playlist of songs from the show, which include tunes from Pavement, The Sundays, Oasis, and more. (Spoilers for all of Season 1 ahead!)

In addition to its throwback soundtrack, Friends From College boasts a dream cast: Keegan-Michael Key, Cobie Smulders, Fred Savage, Annie Parisse, and Nat Faxon. As the titular friends, they try relive some of their glory days throughout the eight episodes of the series. Their adventures and conflicts are accompanied by tracks from popular '90s artists and plenty of references to the decade. In a couple of episodes, Ethan (Key) and Max (Savage) even attempt to revive their college stage show Monica Lewinsky: The Musical. It doesn't get any more '90s than that.

Add the following songs (listed in order of their appearance) from Friends From College Season 1 to make your own soundtrack playlist, and you can groove to all the classic tunes whenever you feel like it.