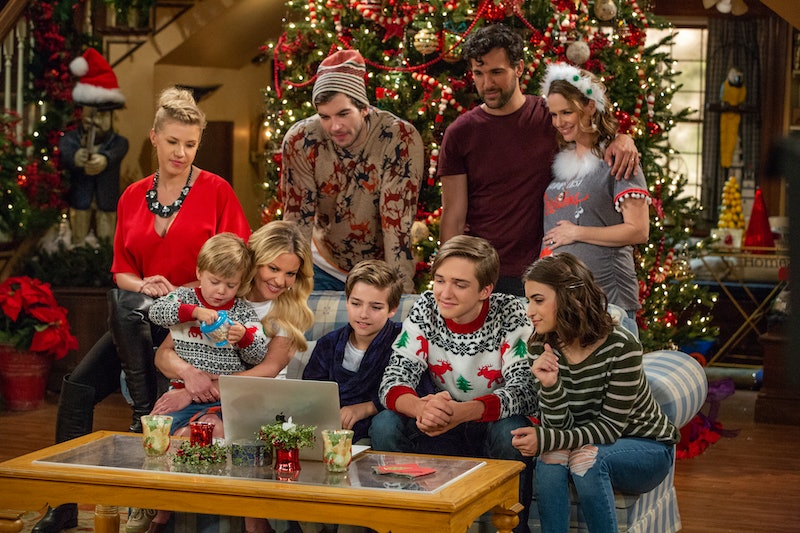 Spoilers follow for Season 4 of Fuller House. The Tanner-Fuller-Gibbler household celebrates Christmas in the first episode of Fuller House Season 4. But not everyone is feeling the holiday spirit since Max is missing his dad. D.J.'s dead husband on Fuller House is rarely mentioned in the series, but fans got to see him in action during "Oh My Santa." D.J. brings out an old home video for the family to watch that features Tommy Sr., a pregnant D.J., and a young Max. And thanks to Kimmy's enhanced Gibbler pregnancy hearing, the video leads to a Christmas miracle.

Even though Tommy Jr. was only a baby when Fuller House began, Tommy Sr. hasn't been mentioned too much. That's similar to Full House with Michelle, Stephanie, and D.J.'s mom Pamela Katsopolis Tanner. Yet, while Danny dated in the original, his romantic life didn't dominate much of the storyline like D.J.'s did right from the start. Sure, the entire premise of Fuller House is D.J. moving into her family's house with Kimmy and Steph to help her raise her family as she mourns the loss of her husband. But it definitely didn't feel like D.J. or her older sons Jackson and Max recognized the loss of Tommy Sr., who was a firefighter that died heroically in the line of duty, quite enough.

So viewers who have been wondering how D.J. could have moved on so quickly (as demonstrated by her love triangle with Matt and Steve) and how her kids were so well-adjusted will appreciate Tommy Sr.'s appearance in "Oh My Santa." Max claims he's too mature to be in the holiday spirit. But when he accidentally drops and breaks the family's fire helmet ornament, D.J. realizes (just the tiniest bit too late) that her middle son is actually upset because his dad isn't there to celebrate with them.

Max had previously discussed his dad in the Season 1 episode "Secrets, Lies, and Firetrucks." (That's where the above photo of Jackson and Tommy Sr. came from.) But he explains how seeing kids with their dads at the mall visiting Santa made him sad. So D.J. and Max have a heart-to-heart about grief and losing parents. She then asks Max if he's ready to see a home movie that features him and his dad and he decides he'd like to finally watch it.

For "Oh My Santa," Dan Thiel portrays Tommy Sr. (it looks like Tommy Sr. may have been recast, but he was uncredited in the Season 1 ep) and Max actor Elias Harger's brother Isaac Harger portrays the young Max. And it leads Kimmy to make a discovery that Tommy Sr. had hidden Christmas gifts for his kids in the Tanner family house. Besides giving Max a watch, Tommy Sr. had also left another fire helmet ornament for Tommy Jr., so the family still has this meaningful decoration.

Most of the time Fuller House is focused on the fun that the family is having, but "Oh My Santa" is an important reminder of the grief they have experienced before. So while Tommy Sr. doesn't get a lot of representation on Fuller House, know that he's still in his family's hearts at Christmastime and year round.