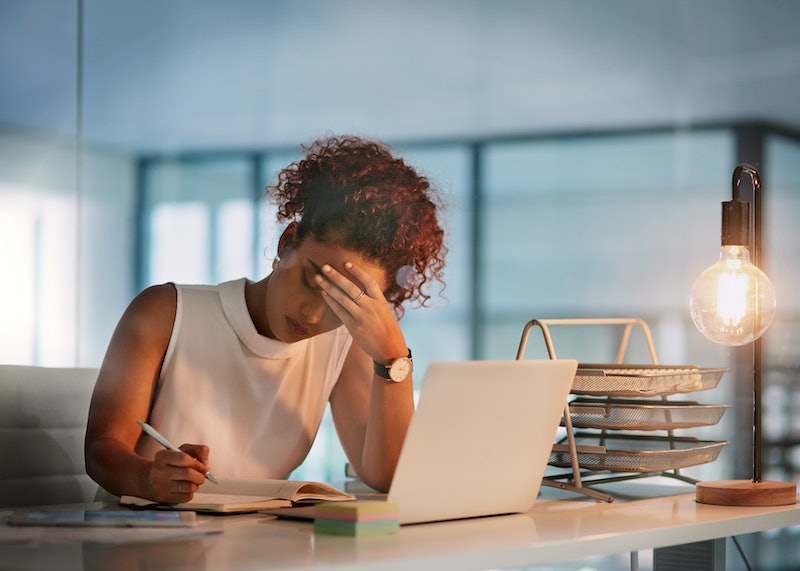 As everyone is abuzz about this decade coming to a close, it might be an awkward time to start talking about two and a half centuries from now — but that’s a significant new number in the fight for gender pay equity. Based on the progress, or lack thereof, in the last 14 years, a new report released by the World Economic Forum (WEF) suggests that it will take 257 years for women to earn as much as men globally. But the key question is, which women will take 257 years to close the wage gap?

The Global Gender Gap Report acknowledges that “it would be important to measure differences in opportunities and conditions across the full spectrum of gender identities,” but World Economic Forum researchers lament that “data availability limits the possibility to convert these aspirations into statistical measurement.” As a result, the report focused only the wage gap between cisgender women and men.

The report's conclusion is based on data across 153 countries, with the United States ranked as having the 53rd highest gender equality (Iceland is number one, and other Scandinavian countries round out the top four). Refinery29 reports that this 257 number, also, is a big jump from last year's report, which estimated it would take around 202 years to close the gap.

It's important to note that, because this data focuses on gender equality across the globe, it does not separate out how this gap breaks down between women of different races or ethnicities. Within the United States, the disparities in pay between women of color, trans women, and women with other intersecting identities and cis, white women are becoming more well-known.

According to the American Bar Association (ABA), women of color across the United States are paid significantly less and experience poverty significantly higher rates than their white peers. For example, the ABA reports that in 2016, the average U.S. poverty rate was 12.7%, but the poverty rate for Native American and black women was around 22%, and 18.7% for Latinx women. The National Partnership for Women and Families released a report in 2019 that found that while the average poverty rate for Asian American and Pacific Islander people is around 12%, those rates spike 35% for Burmese and 30% for Hmong people. Furthermore, because around 45% of Asian American mothers bring in 40% or more of their families’ income, the dual racial and gender wage gap can be especially damaging for AAPI women.

So when you’re contemplating the World Economic Forum’s projection that it will take two and a half centuries for the gender wage gap to close, it's important to keep in mind how that number might change for women with different, intersecting identities. This means that even more attention needs to be paid to those most vulnerable to employment discrimination, decreased pay, and unemployment, because the conversation about the wage gap needs to be inclusive of all women.