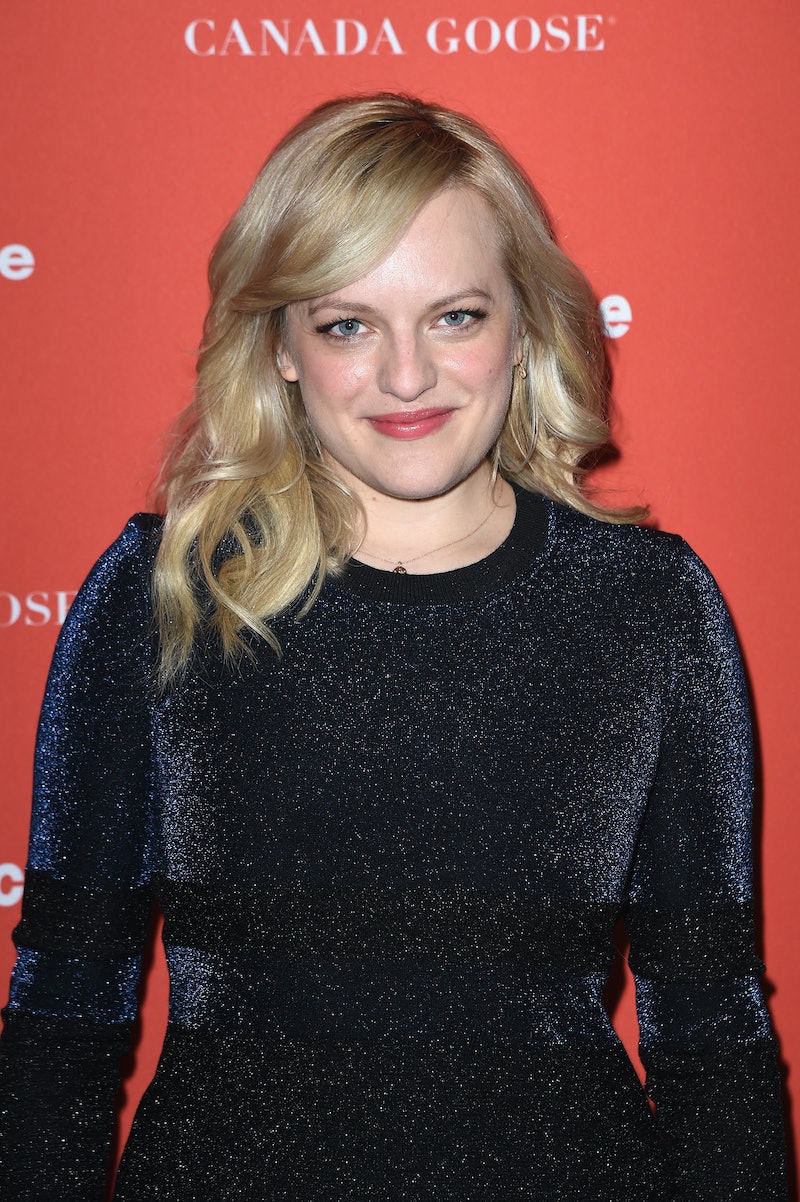 A confusing thing happened at the Tribeca Film Festival Q&A for The Handmaid's Tale. At one point, Elisabeth Moss claimed The Handmaid's Tale wasn't feminist, as it existed in its Hulu adaptation. Despite the fact that the story of The Handmaid's Tale is actually very feminist and that's been a fact since the book was first published in 1985, hearing this idea negated by an actor who spent time with the material makes this situation seem so odd.

When she was asked whether she believed The Handmaid's Tale was a feminist work, Moss replied, "I really echo what [castmate Madeline Brewer] said, honestly that for me it’s not a feminist story. It’s a human story, because women’s rights are human rights." She continued to explain this by attempting to illustrate how she approached playing her character, Offred. She told the audience,

"I never intended to play Offred as a feminist. They’re women and they're humans. Offred’s a wife, a mother, a best friend. She has a job, and she is a person who is not supposed to be a hero, and she falls into it and kind of does what she has to do to survive to find her daughter. It’s about love, honestly, so much of the story. So for me, I never approach anything with any sort of political agenda. I approach it from a very human place, I hope."

Based on the reactions on Twitter, Moss' response appears to have confused some people in attendance, because, since The Handmaid's Tale was published in 1985, this story has generally been considered an overtly feminist work of fiction. It's surprising to hear that the cast, especially the women in it, would seemingly sidestep acknowledging this fact, in favor of attempting to portray the show as universally relatable to everyone.

In fact, Moss was not alone in this answer about the series. The actor's co-star, Madeline Brewer, spoke first on the matter. Brewer's response to whether or not The Handmaid's Tale is feminist was just as perplexing: "I think any story being told about a strong powerful woman... just owning herself in any way is automatically deemed feminist, but it's just a story about a woman."

"I don't think this is any sort of feminist propaganda," Brewer continued. "I think it's a story about women and humans. You see the three people hanging on that wall were all men. This story affects all people."

Brewer's comments are equally as troubling as Moss' because of her use of the phrase "feminist propaganda." She seems to have brought up the phrase on her own, because that was never included in the moderator's question. As such, it's discouraging that such a negative word would be associated with a movement so dedicated to the positive move toward equality for all genders, women included. Again, Brewer's comments seem to dismiss the themes of the show which she is directly involved with, and her reticence to use "feminist" in a way that implies positivity is disheartening.

After reading the book and being able to watch the first few episodes of the forthcoming Hulu adaptation, I am having trouble wrapping my head around Moss' comments, because this adaptation appears to be feminist through and through. For the life of me, I can't argue that a show which focuses on (among other things) female agency, the control of female bodies by the government, female sexuality, and even women's place in society (e.g. the home over the workplace) is anything but feminist.

It is not inaccurate to say the women's rights are human rights. This argument has become a tenet of the feminist movement. It's also fair to say that when women are given equal opportunities, society benefits overall. In that respect, Moss and I agree. However, it is confusing and potentially inaccurate to categorize The Handmaid's Tale as a work which abides by the sentiment of universality, when it is so clearly focused on the treatment of women.

More like this
Everything To Know About 'And Just Like That...' Season 2
By Jack Irvin
An Ultimate Guide To The Music Of 'Rap Sh!t'
By Brad Witter
Christine Quinn’s 'Selling Sunset' Future Is *Finally* Confirmed
By Bustle Staff
All The Celebrity Relatives Revealed On 'Claim To Fame' So Far
By Brad Witter
Get Even More From Bustle — Sign Up For The Newsletter