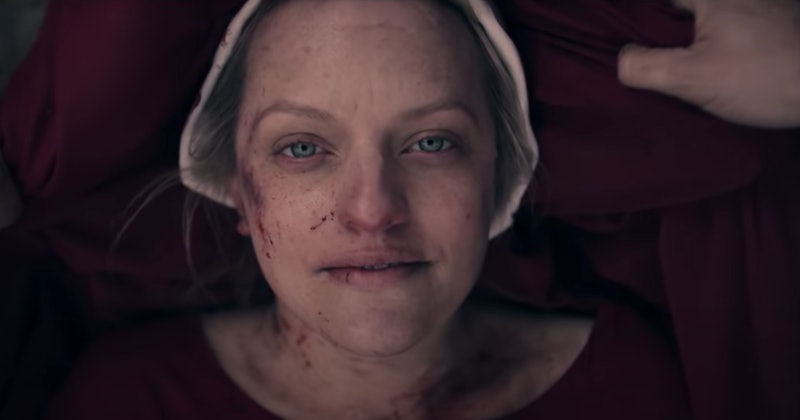 Some series' trailers are more anticipated than others and in terms of OMG WTF, the new one for Season 4 of The Handmaid's Tale is about to give you actual shivers.

"We're just getting started," says handmaid and hero to the masses June. Seeing her back in action is a blessed relief considering the last time she graced our screens she'd been shot. Yes, spoiler alert, she's alive and ready to carry on fighting the system. June, having been rescued by her fellow handmaids, is still entrenched in rebelling against the totalitarian regime of Gilead. High fives all round for the protagonist, played by Elizabeth Moss, who's safe in the knowledge that her plan was a success. Said operation was secretly helping a plane full of young girls flee to Canada where they're protected from harm.

The dystopian TV series, based on Margaret Atwood's novel of the same name, has proven a hit with viewers from the get-go. Watching shows like this while living in a time that actually feels a bit dystopian might seem slightly daft, but fans just can't get enough. So much so that they've been a little bit tetchy regarding the delay of the fourth season.

Although the extra waiting time is a bit annoying, it appears that your patience will be rewarded with some fairly excellent content. Speaking to Digital Spy, Moss revealed that "part of the reason why it's taken a little bit longer, besides just timing, is that we are making it a bit of a bigger season this year." The actor added: "We're really stretching the limits of our capabilities, production wise."

The show's production, alongside countless others, was suspended owing to the coronavirus crisis. Moss broke the news to fans on her Instagram account, with a photo showing lots of handmaid's garb hanging up.

Referring to the cast and crew as her family she said, "nothing is more important than making sure they and everyone around them is safe."

So what can you expect this time round? Speaking to Entertainment Weekly following the finale, showrunner Bruce Miller said, "You don't want to be setting up season four in season three. Audiences smell that coming." Discussing the crazy ending, he said he enjoys leaving a challenge for the team behind the killer scripts. Adding sagely, "there’s a whole bunch of smart writers who will come in next season and solve that problem."

Hulu haven't confirmed yet what date the new season will air but it will be in 2021. Until then, blessed be the fruit.