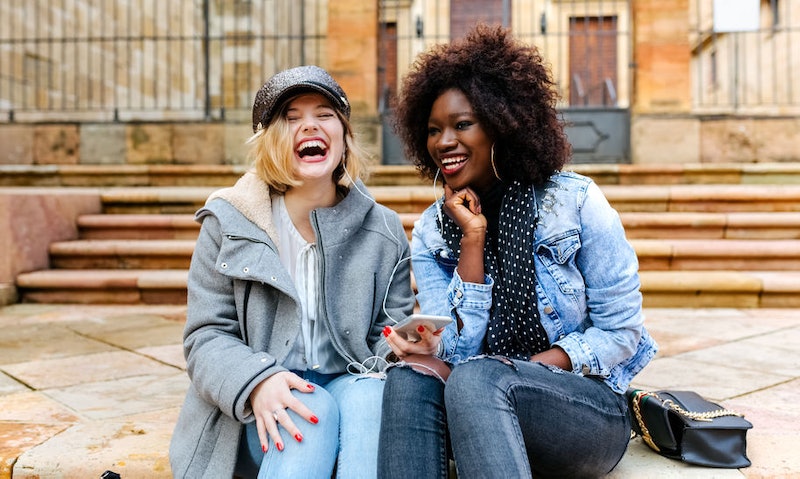 It's common to think the grass is greener on the other side. For some, the other side could literally be the other side of the world. For others, it's just a few hours' drive away. If you fall into the latter category, you may be dying to know where the happiest places to live in the UK are. Thanks to the Royal Mail's Happiness Index 2019, that question has been answered.

The postal company is in a prime position to figure out happiness levels. After all, which other company has a presence in every local authority in the nation? Royal Mail, however, didn't just ask the people who deliver your letters for their personal opinion. It actually analysed data based on eight different factors.

Life expectancy, earnings, inequality, carbon emissions, crime, deprivation, and access to health services were all taken into account along with reported personal wellbeing levels. And instead of naming one place the overall winner, each country was given its own number one spot.

So which location made the top spot? Was it a bustling city, an up-and-coming town, or a quaint and quiet village? Surprisingly enough, England's happiest place was found to be a city: Winchester. Home of Jane Austen, its high earnings, high sense of wellbeing, and low levels of deprivation gave it an impressive score.

East Renfrewshire's high earnings placed it at number one for Scotland while a similar earnings score and high life expectancy rates pushed Wales' Monmouthshire to the top. Northern Ireland only has 11 local authorities, but a winner was still identified: Lisburn and Castlereagh. It was chosen for its low carbon emissions and good access to health services.

The southern regions of England, Scotland, and Wales appeared to be the happiest overall. Babergh in Suffolk and Rushcliffe in Nottinghamshire came second and third on England's list while Scotland's East Dunbartonshire and Aberdeenshire reached the same positions. For Wales, number two and three was given to Vale of Glamorgan and Ceredigion.

Cardiff was the only major city to make the top 10 for any country, coming in eighth on the Welsh list. The south east scored highest for England with five regions appearing in the top 10.

Here's a rundown of the full lists for each country. (Northern Ireland only has a top five due to the shortage of applicable areas.)

If you're looking for a new life further afield, look to the World Happiness Report. Ranking a total of 156 countries on factors including income, freedom, social support, and life expectancy, its 2019 edition crowned Finland as the place to be for a happy existence. Denmark, Norway, Iceland, and the Netherlands made up the rest of the top five. The UK was fifteenth.

Well, you certainly know which direction to head in.