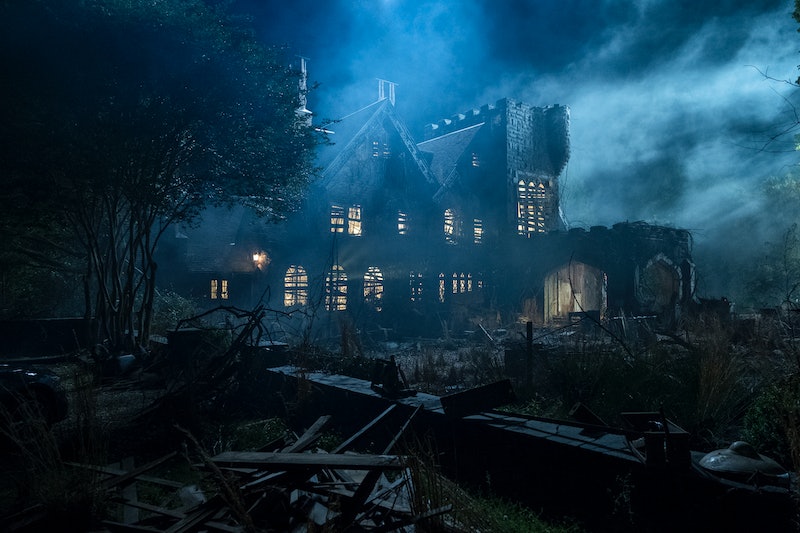 Netflix's series adaptation of Shirley Jackson's The Haunting of Hill House will premiere on the streaming service on Oct. 12, and horror fans can't wait to check it out. Before you watch, put on your paranormal investigator togs and take a look at six of the spooky places that inspired The Haunting of Hill House, which I have listed for you below.

Published in 1959, The Haunting of Hill House centers on four adults — a paranormal investigator, his two assistants, and the titular mansion's inheritor — as they go in search of Hill House's infamous ghosts. Once inside, the little crew find themselves plagued by supernatural activity they cannot explain.

Shirley Jackson did a lot of research while writing her most famous ghost story, most of it centered on the design of Hill House itself. According to her biographer, Ruth Franklin, "[Jackson] needed a good house for inspiration. For some time she had been collecting newspaper clippings of old houses: Wallace Fowlie gave her some from France, and Hyman bought her a box of hundreds of postcards depicting houses from around the world. . . . She wanted something ornate, like the Château de Monte-Cristo, a turreted Renaissance castle built by Alexandre Dumas père; Neuschwanstein Castle, a fairy-tale-like Romanesque Revival palace in Bavaria; or Grim's Dyke, a combination Gothic Revival/late Elizabethan mansion in London that had belonged to W. S. Gilbert." (You can check out Franklin's book Shirley Jackson: A Rather Haunted Life for more.)

Shirley Jackson: A Rather Haunted Life by Ruth Franklin, $17.95, Amazon or Indiebound

Thanks to Jackson's detailed records, we know which spooky places inspired The Haunting of Hill House: