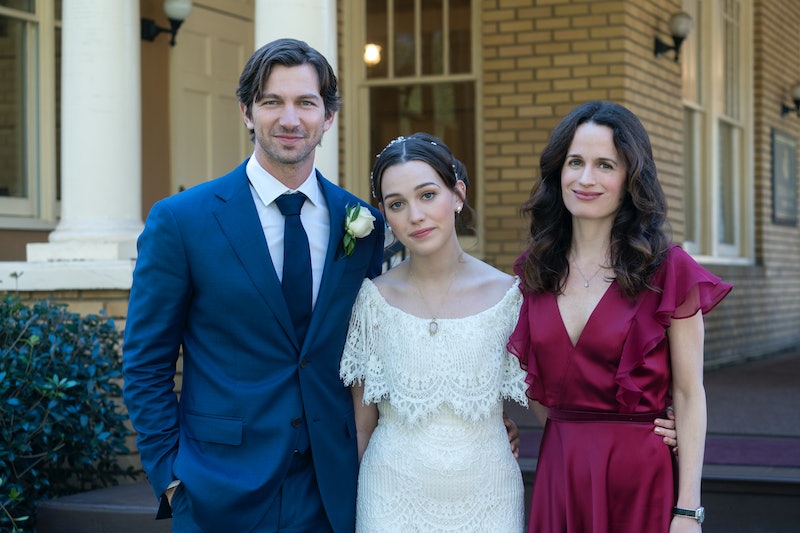 Have you heard the buzz about Netflix's new horror show? Are you still obsessed with Twilight? Are you more than ready to get into the spooky Halloween spirit? If you answered yes to all of the above, it's time for you to watch The Haunting of Hill House. After the chilling new series premiered on Netflix over the weekend, it was only a matter of time until the internet would discover the Twilight Easter egg in The Haunting of Hill House. Though it's a quick reference to the beloved vampire franchise, it's one worth celebrating.

In a modern interpretation of Shirley Jackson's iconic 1953 novel of the same name, The Haunting of Hill House chronicles the Crain family, whose members are tortured by the demons of their past. As children, the five siblings grew up in America's most famous haunted house. When they reunite as adults, the dual timelines of past and present show how the house's spirits continue to haunt them and the horrible events that caused the family to leave the house in the first place.

One of the show's main characters is morgue technician Shirley Crain, played by Elizabeth Reaser. Does she look familiar?

Spoiler Alert: In the pilot episode of The Haunting of Hill House, Shirley's younger sister, Nell (Victoria Pedretti), is brought to the morgue. As a morgue technician, Shirley deems herself the best person for the job to take care of her deceased sister and get her ready for her funeral. This, however, becomes a conflict with her husband, Kevin, who suggests another possible technician who could take care of Nell's body.

As BuzzFeed pointed out, Kevin suggests: "Why not send her to Carlisle? They'll do a great job there." Boom. Twilight reference (and lives) instantly made.

If you can recall, Carlisle was Esme's husband and the stepfather of the Cullen clan in Twilight. To make this brief reference even more slick, Carlisle was also a doctor. Not the same thing as a morgue technician, but close enough, right?

Not only does this Easter egg bring back nostalgic feels for loyal Twilight fans, but it gears them up for the very big birthday the film franchise will celebrate next month. On November 21, the original Twilight, released in 2008, will turn 10. That's right, 10.

Maybe this was Reaser's wink-wink way of wishing the film a very happy birthday. Maybe it was The Haunting of Hill House's writers' gift to fans. While it doesn't seem any of the show's writers or executive producers worked on Twilight, according to IMDB, it's clear they love Twilight and they love us.

In addition to this brilliant Twilight hidden message, The Haunting of Hill House is definitely a series worth checking out. Esquire's called the show "a spooky This Is Us" and The Ringer has deemed it "Netflix's first great horror series." Now if only Reaser could get one of her Twilight castmates to make a surprise cameo next season these two horror franchises could make the crossover official.