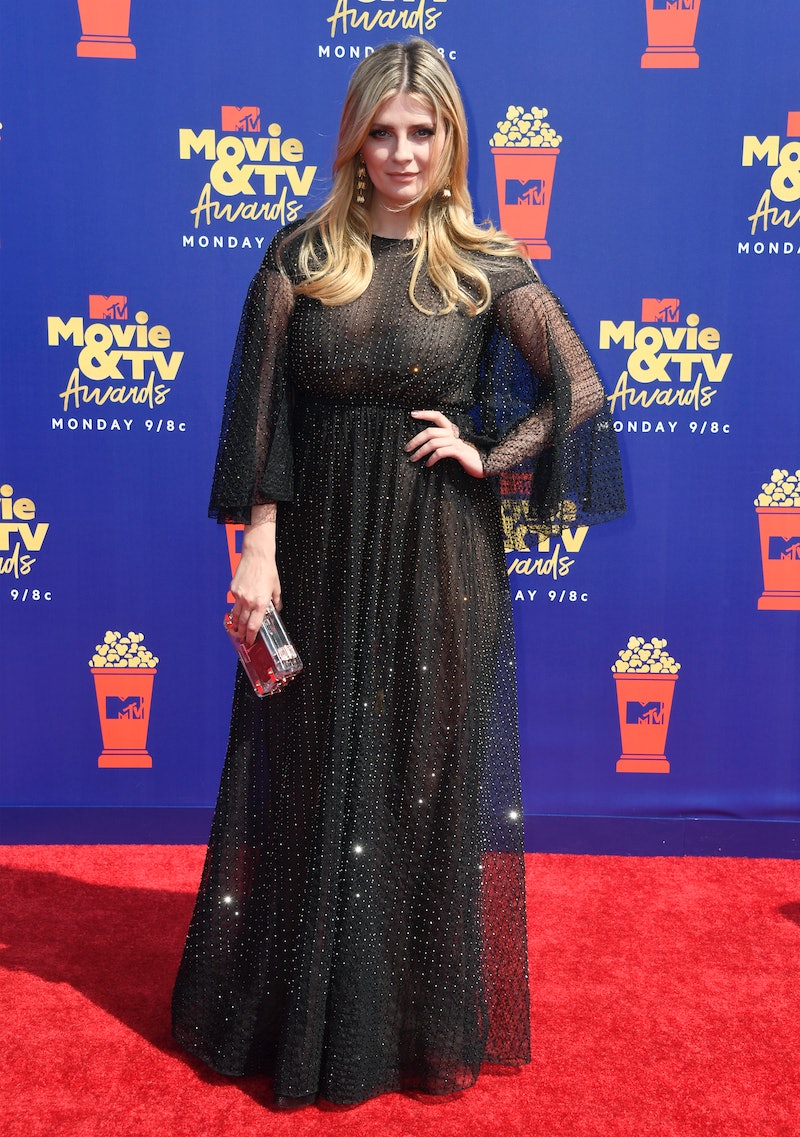 The Hills: New Beginnings is so close you can almost taste it, and in just a few hours, we're going to feel the reboot on our skin. Today is the day The Hills newbies Mischa Barton and Brandon Lee make their The Hills debuts, and it sounds like they're more than ready to bring the "new" to the New Beginnings. As Viacom executive Nina L. Diaz recently told The Hollywood Reporter, the two new The Hills cast members deliver "a fresh, new perspective" and "really opened the group up to new things."

Last October, MTV confirmed that The O.C. star and '00s icon Barton would be part of The Hills’ highly anticipated return to the small screen. Though she was not a part of The Hills' original run, there is a Von Dutch hat-wearing connective tissue there. As Diaz told THR, "Mischa was on The O.C. at the same time as MTV’s popular series Laguna Beach, which was originally titled Laguna Beach: The Real Orange County, which then became The Hills. We loved the art-imitating-life aspect."

While The Hills/Laguna Beach/The O.C. connection influenced this casting decision, it was only one of several reasons why the actor who played Marissa Cooper was deemed a good fit for New Beginnings. Diaz explained,

"She’s been out of the spotlight for some time and there’s tremendous curiosity around her. Fans miss her and this was a great platform to tell her story. It’s really come full circle. Mischa traveled in the same circles as our cast, and she and the Pratts go way back. She knew the Jenners growing up and in fact, has a close relationship to Brody’s mother Linda."

While Barton was not on The Hills, she, like the members of The Hills cast, were major players in the early '00s Young Hollywood scene. It is a bond as strong as the straps on a pair of Rainbow flip flops. As Barton recently explained to E! News, "[The Hills cast] was like a family that was easy to join because I've known them on and off for years."

Several days after MTV shared that Barton would be in the reboot, the network announced that Lee would be getting into the mix, too. Lee not only was not on the original show, but he would've been too young to be on the original show: Born in 1996, Tommy Lee and Pamela Anderson’s oldest son was 10 years old when Lauren Conrad didn't go to Paris. But hey, now he is 23 and, as Diaz said in the aforementioned THR interview, "the perfect fit for the series." She told the outlet,

“Brandon Thomas Lee is the definition of young Hollywood with two iconic celebrity parents. Despite having famous parents, he’s lived a lot of his life out of the spotlight. He has so much going on right now professionally and personally and has overcome so much that we immediately knew following him on this journey would be the perfect fit for series. Growing up, he considered Brody an older brother and the two bonded over their similar Hollywood upbringing.”

Speaking of Jenner, remember when his ex-stepsister dressed up like Lee's mom for Halloween? What a world.

Now I cannot wait to see what not-dull moments The Hills: New Beginnings has in store for us.