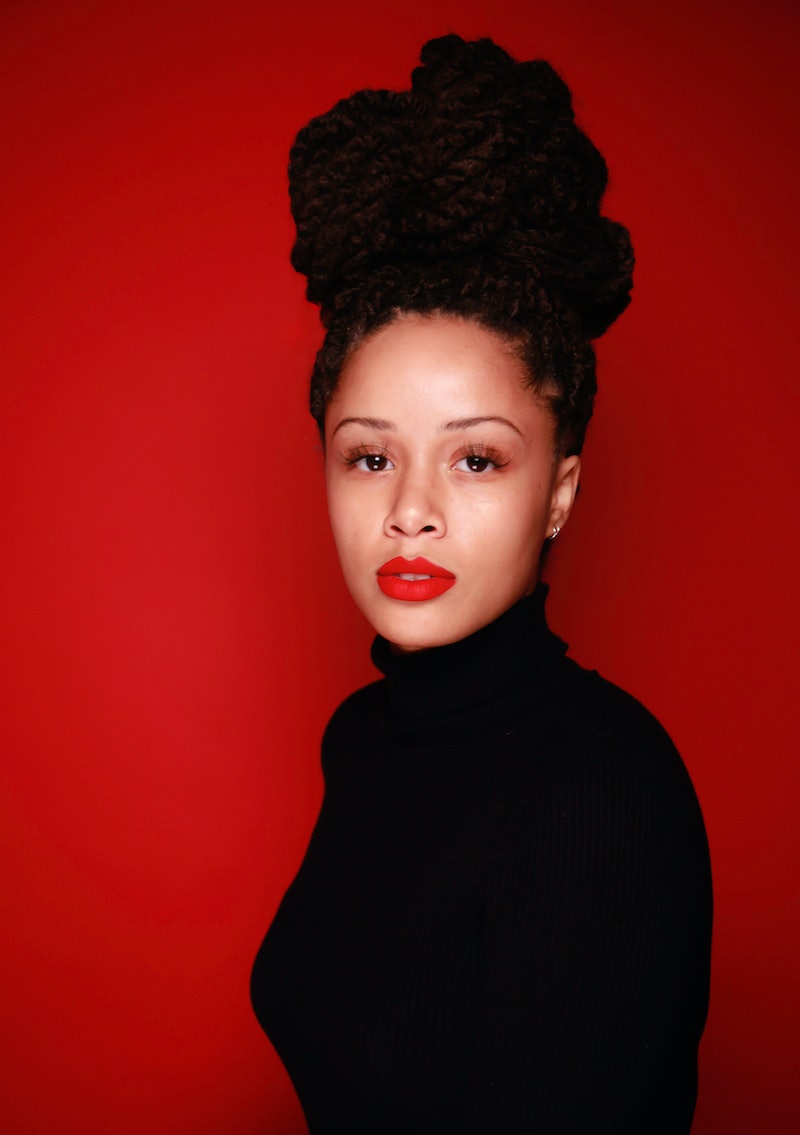 I don't know about you, but I, for one, cannot believe that the year is nearly over. With the holiday season upon us, some of you are probably amped to go back home, see family, eat great food, and open up a few presents — while others may cringe at the thought.

Truth is, family gatherings aren't always pleasant for a number of reasons. But when you know your family is going to nitpick your appearance as soon as you walk through the door, you may just want to save yourself the grief and not show up at all.

In 2014, a New Zealand study found that among young women in particular, their family's comments on weight or a mother's own self-criticism had a significant influence on their own body image dissatisfaction. The research also noted that most of the time, families were completely unaware of how much influence their remarks had. And even though I grew up Toronto, reading that stat definitely hit home.

I've always had more of a slender figure, but as a child and even growing into a teenager, I was never anything but skinny, which I've come to realize is a privilege — even though it didn't always feel that way.

It never occurred to me that my weight could even be considered a problem until my mother told me that it was. Her comments about how I should eat more food and that I "needed" to gain a few pounds likely came from a place of concern for her child, but hearing those same words over and over still cut like a knife. To add insult to injury, other family members would chime in when we were all together for holiday dinners, encouraging me to eat more as well. If I said no, they'd add more food to my plate themselves, because according to them, I needed to "put on a little weight."

I needed to save my energy for my own self-love journey that was just beginning.

When I started spending Thanksgiving in Canada, and Christmas in Jamaica — where body shaming is more normalized — the invasive remarks only got worse. And from around the age of 10 onwards, these comments manifested from being just hurtful and annoying to me becoming obsessed with my body weight. I was so sick of my all clothes being a size zero or extra small, and I envied other girls my age who were bigger than me. I wanted to look like them, so I thought of every way to gain weight under the sun: From secretly drinking an Ensure with every meal, to researching crazy weight gaining methods on my dial-up internet as a teenager. When none of it worked, I'd tear myself apart and avoid mirrors as much as I could.

I struggled with my weight for years afterwards. I remember I would step on the scale every morning, hoping to see the number go up, only to be disappointed after every attempt.

I finally hit my breaking point during my early 20s when I was on a Christmas trip in Jamaica, where I was staying with family.

There was one night where they served dinner at around 6 p.m. I didn't have much of an appetite that evening for whatever reason, so I only took a small piece of fish with rice and salad. The moment I finished what was on my plate, my aunt, on top of the other insults she had already hurled at me throughout the day, saw it fit to tell me that I should eat more because I looked "too thin."

To be respectful, I said nothing in response — I was in her home after all — but her words were killing me inside.

A few moments later I got up and put my dish in the sink, then went up to the room I was sleeping in. I bawled for at least 10 minutes straight.

It was like a switch suddenly went off in me, and my sadness quickly turned into anger. I just had enough. I remember picking up the phone and texting a friend, telling her that that year was the last time I would spend time with my family in Jamaica for the holidays or willingly speak to my aunt — and it was. From that moment on, I was no longer going to subject myself to the unnecessary scrutiny. It simply was not worth it — I was happier freezing my butt off in Toronto, surrounded by the warmth of people who wished me well. Besides, I needed to save my energy for my own self-love journey that was just beginning.

I know there are so many others who feel this way too, along with those who deal with weight and body issues on the opposite end of the spectrum. I've know that while my skinny privilege may not have saved me from my family's remarks, it did help me to avoid unsolicited comments from total strangers most of the time. That's why Bustle's latest series Holiday Detox uses a wide range of voices to tackle how the season — while traditionally thought of to be festive, merry, and bright — can be insanely stressful for people who deal with critical families, from various size, racial, and ethnic perspectives. It includes four personal essays from an array of young women who've struggled with and overcome issues related to their hair, weight, personal style, and physical scars during this time. There's also a feature piece that explores the very real and deep-rooted implications that these negative comments can have on body image as well as one's relationship with food. The story finishes off with suggestions on how millennials can effectively navigate these uncomfortable situations.

Everyone should be able to enjoy the year-end festivities without the added pressure of family scrutiny. I hope this package will encourage you to love yourself and the amazing body you're in. Happy holidays!