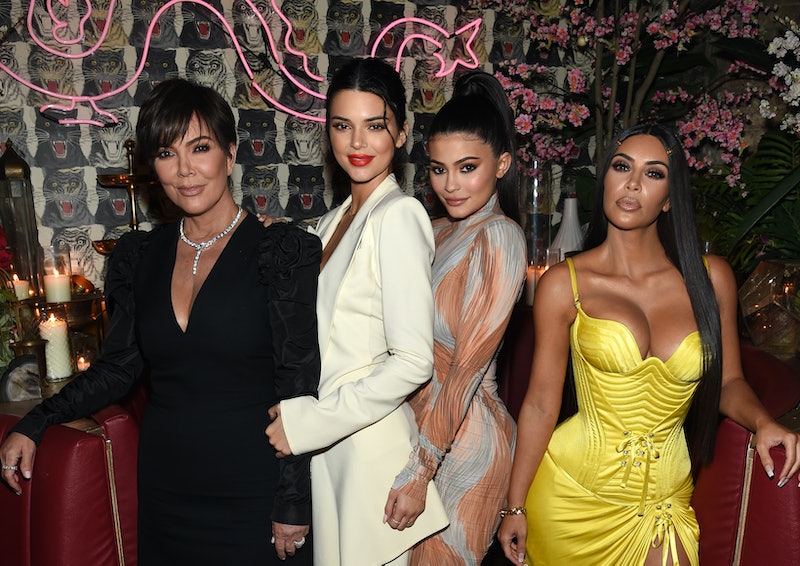 When Ryan Seacrest pitched a family reality show following the celebrity lifestyle of the Kardashian-Jenner family to E! Network in 2007, he had no way of foreseeing the magnitude of its impact. However, according to an interview with the family published by The New York Times on Saturday, March 30, Kris Jenner always knew Keeping Up With The Kardashians would change the game. Season 16 of the show premieres on March 31, and ahead of the latest installment the family delved into what's ahead on KUWTK, and what makes the series so popular.

In its 15 seasons, Keeping Up With The Kardashians and the Kardashian-Jenner sisters have far surpassed reality star status. Together, they have become a vehicle for cultural and societal change. The favorability of their influence is a hotly debated topic, but their rise to power is undeniable. With every move and business venture — be it a lip kit, an Instagram ad, or a clothing line — they are transforming the economic, political, and social playing fields. Thanks to Kris' boss-mom direction and many lessons learned along the way, they pretty much have their influence down to a science.

Because of their hyper-public lifestyle, those teachable moments have never gone unnoticed or uncriticized, and they've shaped the family's approach to business deals and their reality show alike. Perhaps one of the most renowned missteps was Kendall Jenner's endorsement of Fyre Fest.

What was supposed to be a Bahamian music festival that gathered musicians, influencers, and affluent fans on a private island for the epitome of luxury turned out to be, in short, a scam. If you've seen either or both of the 2019 documentaries that follow the catastrophe from start to finish, you've watched festival-goers arrive on a desolate gravel lot peppered with hurricane relief tents and rain-soaked mattresses. No beachfront villas or prestigious buffets. No music. No plumbing or electricity.

According to Entertainment Weekly, Kendall was among the multiple models and influencers — including Bella Hadid, Hailey Bieber, and more — to back the festival on social media. Kendall was paid $250,000 to post a promotion for the festival on Instagram. As reported by MTV, the now deleted post announced that the "G.O.O.D Music family," a record label founded by her brother-in-law Kanye West, would be headlining the festival. As of January 2019, two modeling agencies representing Kendall and others were issued subpoenas in an effort to uncover more information regarding the transactions.

According to The Times interview, Kendall commented on the matter while taking a break from a New York photoshoot, expressing her disappointment and remorse.

"You get reached out to by people to, whether it be to promote or help or whatever, and you never know how these things are going to turn out, sometimes it’s a risk," she said. "I definitely do as much research as I can, but sometimes there isn't much research you can do because it's a starting brand and you kind of have to have faith in it and hope it will work out the way people say it will ... you never really know what's going to happen."

Fyre Fest and other endorsements gone wrong (Pepsi, anyone?), cheating scandals, and family additions have shaped KUTWK to be what it is today. "It's the complete flip of how it started," Kim Kardashian-West told The Times ahead of the premiere of Season 16. The beginning of the show saw their rise to fame. Now, it captures their life in and outside of it, with a few tweaks as advised by informal creative director Kanye West. "He'll have a room full of a dozen people or sometimes three of us and we go over packaging and colors and the photo shoot," Kim said. He also regularly shares his thoughts and input with the show's producers, and it's welcomed.

As much as the show has changed in the 12 years it's been on TV, Kris said she saw their transformative empire coming. "I knew we had something, and Kim and I really sat down and made a list of our goals,” she said. There's no predicting what goals of theirs will be tackled next. But, whether it's on Instagram or their reality show, the process will surely be documented. And, like it has for the past 12 years, the world will watch.