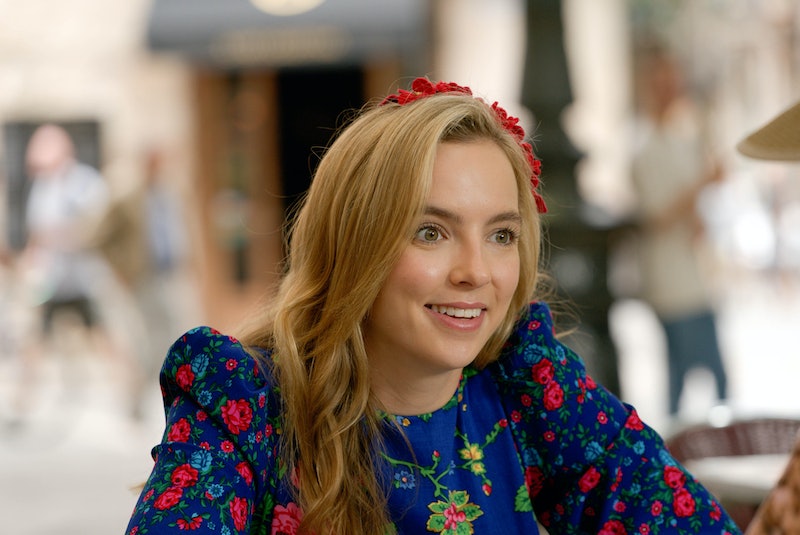 As with some of the greatest fictional characters, believe it or not, Killing Eve's Villanelle is based on a real life murderer.

Angela Simpson is a convicted murderer from Arizona who, according to a report in the Phoenix New Times, "impaled, stabbed, strangled, beat, and extracted the teeth from" her victim Terry Neely, before dismembering his body and setting it alight. If the murder itself isn't heinous enough, The New York Times reports that her behaviour that followed was grotesque and inspired Phoebe Waller Bridge when she translated Villanelle's character from the Killing Eve novellas to the screen.

In a now infamous interview with World Star Hiphop, Simpson coldly described the actions for which she received a life sentence plus 14 years. When she thought the cameras had stopped rolling she revealed how truly excited she was to be filmed, asking the horrified production team to make sure she "looks good."

It's not only Villanelle's cold blooded character that has a basis in real life events. In the BBC podcast, Obsessed with Killing Eve hosts Naomi Shimada and Zing Tsjeng are joined by Killing Eve's MI6 consultant Gordon Corer. Corer shared some behind the scenes information about how the scriptwriters come up wit the grizzly details of the show's murders.

One he discussed in particular was the scene where Villanelle persuades a fragrance mogul to sample her homemade perfume, the secret ingredient of which is poison.

Corer said the perfume scene was inspired by the real life assassination of the former heir apparent to the North Korean leadership, Kim Jong-Nam who was murdered in 2017. He was travelling through a Malaysian airport when he was covered in a nerve agent by two women, who claimed to believe they were taking part in a prank TV show. The Times reports that the hit, which was stranger than fiction, is widely believed to have been ordered by the North Korean regime.

The New York Times reports that Waller Bridge was inspired by not only specific murders and those guilty of them but also the fascination with true crime genre as a whole. She quoted a close friend who's an enormous fan of the My Favorite Murder podcast who said, "I like feeling that vacuous emptiness in my soul when I realise there are people out there who can do this. It puts me in a victim position, and it makes me feel alive." A sentiment that makes a lot of sense when you consider Eve and Villanelle's mutual obsession.

Watch Killing Eve on iPlayer and on BBC One on Mondays at 9:15p.m.

More like this
This First Look At 'The Gold' Shows Jack Lowden In A Whole New Light
By El Hunt and Sam Ramsden
'Magpie Murders' S2 Will Include A *Major* Shake-Up
By Sophie McEvoy
A New Netflix Doc Will Explore The Unsolved Murder Of Jill Dando
By Sam Ramsden
ITV's 'Maternal' Was Inspired By A Very Simple – & Unanswerable – Question
By Maxine Harrison
Get The Very Best Of Bustle/UK
Sign up for Bustle UK's twice-weekly newsletter, featuring the latest must-watch TV, moving personal stories, and expert advice on the hottest viral buys.