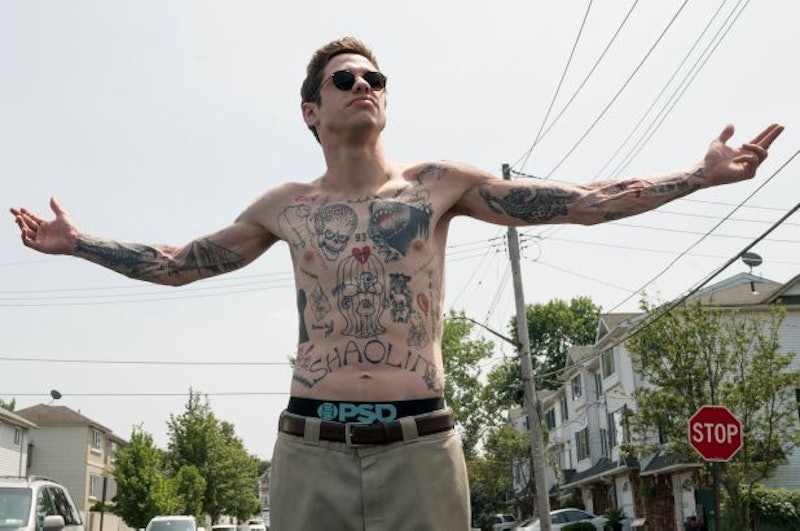 The world is a far different place today than it was when Judd Apatow first hit it big as a film director. Apatow's first directorial efforts were 2005's The 40-Year-Old Virgin and 2007's Knocked Up, and both were considered massively funny in their day. But in recent years, some of the film's jokes haven't aged quite as well. Apatow has needed to adapt to the times and he's done so in his latest film, The King of Staten Island. The movie is a modern take on what we've come to associate Apatow with and The King of Staten Island soundtrack is far different from that found in any other Apatow movie.

Apatow was born in 1967. As a result, his movies tend to mostly favor hits from the 1970s and 1980s when it comes to their soundtracks. The 40-Year-Old Virgin opened with a Joe Walsh song and had plot points that concerned singer Michael McDonald and the group Asia. Even in 2004, these were old references. The King of Staten Island, however, is a marked change of pace for the filmmaker. The movie stars young SNL star Pete Davidson as a 25-year-old stoner who lost his father in 9/11 and is struggling with growing up. The movie was co-written by Davidson and was partly inspired by his own life, and as a result, some of the film's music reflects that fact as there is a fair amount of modern indie music as well as hip hop. You know, the types of music one would expect a mid-20s New Yorker like Davidson to listen to.

Though no official soundtrack has been unveiled, at least some of the film's track list has apparently been announced. You can find most of tracks listed below, courtesy of IMDb, but keep in mind that this information is not from the studio and any future official soundtrack release may differ.

As you can see, there's no shortage of hip hop or current hit-makers in the lineup. Lizzo, Lil' Wayne, J.K. the Reaper, and Fivio Foreign are all accounted for, and Kid Cudi — whom Davidson has credited with getting him through the most difficult times of his life — has two songs. But Apatow's influence can be felt as well, as a few oldies have made it into the mix courtesy of The Go-Go's, The Band, and CCR. There are even a few '90s throwbacks from The Wallflowers and Salt-N-Pepa to bridge the gap between eras.

Fans may never get an official soundtrack from The King of Staten Island, but with this list of songs at your disposal, there's nothing stopping you from going out and making a soundtrack playlist of your own!