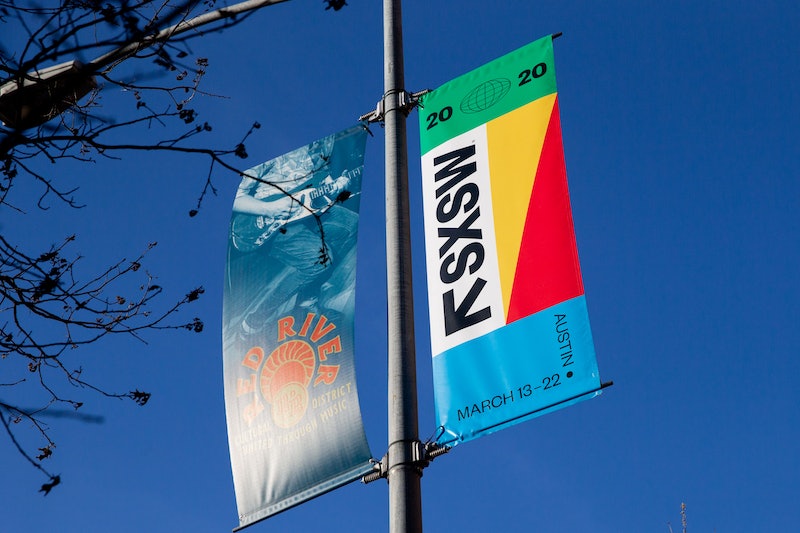 After being canceled due to the new coronavirus pandemic, the 2020 SXSW Festival is happening again (sort of), thanks to Amazon. On Thursday, Apr. 2, Amazon announced Prime Video Presents the SXSW 2020 Film Festival Collection, a free streaming event that will give exposure to some of the films that were set to premiere at the annual Austin, Texas festival, per Deadline. The lineup of participating movies and the exact premiere date are still being finalized, but it's likely that the films will be available later this month via Prime Video.

What has been revealed so far is that the movies will be completely free to stream for U.S. viewers — even if you don't have an Amazon Prime subscription. All you will need is an Amazon account, which is totally free to set up (and if you've ordered anything from Amazon, you already have one). As for the lineup, filmmakers are being given the choice to opt in, and according to the report, some of the larger movies that are planning theatrical or VOD releases — like Judd Apatow's The King of Staten Island — will most likely not participate. But for smaller indie films, Amazon's streaming festival could allow them to get the exposure they missed out on due to the festival's cancellation. Amazon will make the movies free for a 10-day period.

"We saw this festival being canceled and I've been there many times and we had a huge financial and emotional investment, and we wanted to find a way for the community to be able to come together and celebrate that work," Amazon Studios head Jennifer Salke told Deadline. "This was about wanting to create a doorway for filmmakers to platform their work."

Amazon won't just be streaming the participating films, the service's aim is to create a true festival-at-home feeling by including conversations with the filmmakers, too. The streaming festival also has the full support of SXSW festival head Janet Pierson, who is assisting the streaming service by reaching out to directors. "Ever since SXSW was cancelled by the City of Austin, we've been focused on how we could help the incredible films and filmmakers in the SXSW 2020 Film Festival lineup," she said. "We were delighted when Amazon Prime Video offered to host an online film festival, and jumped at the opportunity to connect their audiences to our filmmakers."

SXSW was canceled on Mar. 6 due to concerns over the spread of COVID-19. On the festival's official website, it's noted in the announcement that this is the first time the festival has been canceled in 34 years. Even though it was the only option, the cancellation was a blow to small filmmakers who count on SXSW to launch their movies, and in some cases, their careers. By moving the festival online, these indie movies will gain much-needed exposure.

Veteran indie director and star Jay Duplass is working with Amazon to create the online film festival experience, and he shared his excitement about Prime Video Presents the SXSW 2020 Film Festival Collection with Deadline. "I'm thrilled that these two great champions of indie film (SXSW and Amazon Prime Video) are teaming up to resurrect this year's canceled film festival," Duplass said. "These are unprecedented times, and it's going to take unprecedented solutions to carry on and celebrate these great films and the people who worked so hard to make them."

More like this
Everything You Need To Know About ‘Black Panther: Wakanda Forever’
By Bustle Editors
Christian Bale Sang With Taylor Swift & His Daughter Can't Believe It
By Radhika Menon
How To Stream 'Bros'
By Morgan Leigh Davies
How To Stream 'Don't Worry Darling'
By Arya Roshanian
Get Even More From Bustle — Sign Up For The Newsletter