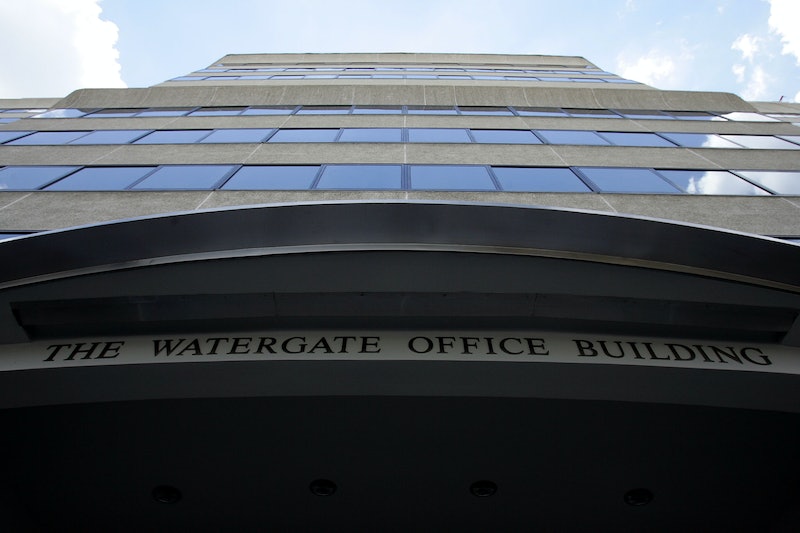 On Wednesday, Donald Trump's nominee for FBI director, Christopher Wray, began his Senate confirmation process with a hearing before the Senate Judiciary Committee. If Wray's nomination follows tradition, it won't take long until the Senate confirms his appointment — though there have been a few exceptions when FBI director nominees didn't get confirmed.

Since J. Edgar Hoover's death in 1972, only two nominees have not obtained Senate confirmation. One of them, Carter nominee Frank Johnson, withdrew himself because of health issues, but the other, L. Patrick Gray, failed to obtain the FBI directorship after serving as the agency's acting director during the Watergate scandal.

After Hoover died, Richard Nixon appointed Gray as acting director of the FBI. Watergate happened just a month and a half into his tenure, and Gray was active in the investigation for six months. After it became apparent that the White House was involved, however, Gray recused himself, and his deputy — W. Mark Felt — took over the investigation. Gray did not know it at the time, but Felt was Deep Throat, The Washington Post's informant on the Watergate cover-up.

Gray's time as acting director of the FBI was undoubtedly tumultuous. But toward the end of his time at the agency, Nixon nominated him to be Hoover's official replacement. Nixon's decision to make this particular appointment was met with confusion, particularly because the FBI was perceived to have poorly handled the Watergate investigation under Gray's direction. The biggest argument against Gray's appointment was that the FBI did not launch a full-scale investigation into White House officials' involvement in the scandal.

During his Senate confirmation hearing in March 1973, Gray reportedly defended the FBI's actions. However, it came to light during his confirmation hearing that he had been passing documents from the FBI's Watergate investigation to John Dean, the White House counsel under Nixon. Gray also disclosed information about his dealings with Dean. According to Gray, domestic policy adviser John D. Ehrlichman had ordered him to "deep six" — destroy — certain papers from the White House safe of a CIA operative. Rather than handing the papers over to the FBI, Gray later burned them.

Gray was soon submerged in controversy, but White House officials were furious that Gray had told the Senate about their roles in the Watergate scandal and subsequent cover-up. From the beginning, Ehrlichman — under Nixon's instructions — had ordered Gray to halt the FBI investigation into Watergate, claiming that the CIA was taking care of the investigation. But Gray and the FBI did not stop; instead, they continued the investigation, but Gray generally stopped short of implicating Nixon administration officials and continued to update Dean on the situation.

Subsequently, Ehrlichman reportedly told Nixon to leave Gray to "twist slowly, slowly in the wind" instead of simply withdrawing his nomination. However, Nixon did eventually withdraw the nomination, and in April 1973, Gray was finally forced to resign from his position at the FBI, having never received the Senate's confirmation.

Now, as Wray faces his own confirmation process, many political analysts hope that history won't repeat itself yet again. They viewed Trump's demands for James Comey's loyalty as reminiscent of Nixon's Watergate coverup, and hope that Wray — if he is confirmed — will not follow in Gray's footsteps.