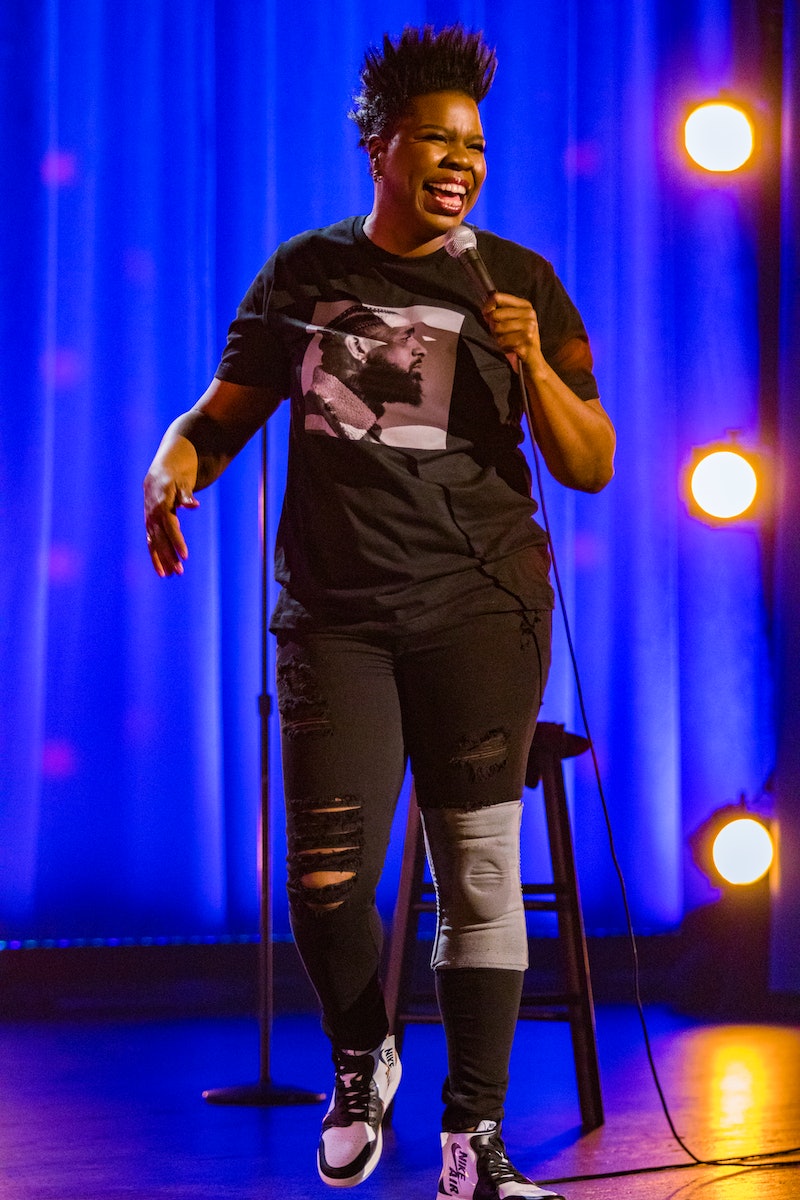 Four months after it was announced, Leslie Jones' Netflix special teaser is finally here. The stand-up project is called Leslie Jones: Time Machine and Game of Thrones fans are going to appreciate it greatly. Not only is the special directed by GoT creators David Benioff and D.B. Weiss, but there are references to the beloved HBO drama throughout the teaser. Jones really is out to prove that she's the biggest GoT fan there is.

Leslie Jones: Time Machine debuts on the streaming service on Jan. 14, 2020, and according to the special's official description, Jones "imparts her hilarious wisdom on all ages," as she takes viewers on a tour of her life, including "wild times, crazy experiences, celebrity encounters and a few awkward mishaps."

This is her first big project since Jones left Saturday Night Live prior to Season 45 of NBC's late-night sketch comedy series. And to be able to have her very own stand-up special on Netflix and to work with Benioff and Weiss is huge for Jones. She's been very vocal about her love for GoT over the years, including when she provided episode commentary alongside Seth Meyers. In August 2017, she even declared to Meyers, "I am Game of Thrones, homie." The promo for her special, of course, also features GoT elements with the opening teasing, "On January 14, the Mother of Dragons is coming to Netflix."

Jones first announced her hour-long stand-up special during an August interview with Jimmy Kimmel. She told the Jimmy Kimmel Live host, that people will "finally get to see what I really do." She continued, "I mean, it's great to be an actress but I'm actually a stand-up, hardcore. That's what pay the bills."

Jones filmed her stand-up in Washington, D.C., because, as she told Kimmel, "D.C. got one of the best comic crowds." Based on the teaser, the audience loved Jones' material and her other fans will just have to wait until January to see her in action.