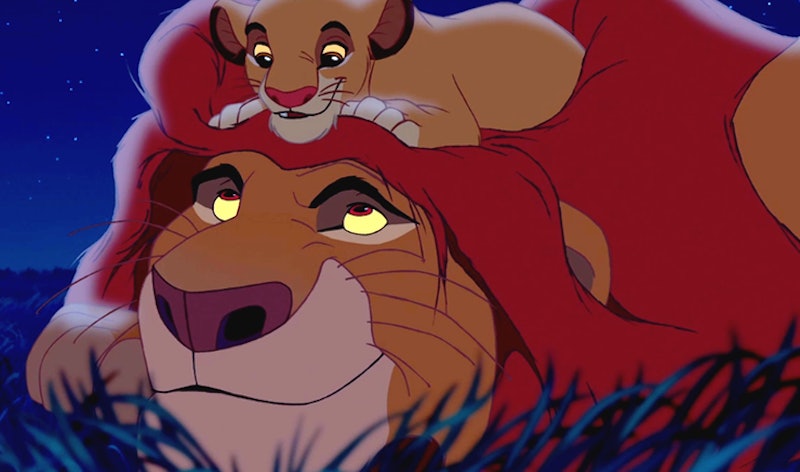 Finding out that a remake of The Lion King was in the works was perhaps the single greatest piece of movie news I'd read thus far in 2017. When it was announced that Donald Glover would play Simba and James Earl Jones would return to the role of Mufasa, I nearly died of happiness. Well, I did the second-best, least fatal thing: I shed a tear. I absolutely love, to my very core, the original version of The Lion King. The news of the Lion King remake demands that certain elemens remain, if possible and if I can be so bold.

When The Lion King first came out on VHS way, way back in the day, the first thing I would do when I got home from school was pop it into the VCR. While the trailers for other films played, I'd load up on my requisite '90s snack items, a Capri Sun and Dunkaroos. Ahh, the good ol' days. The Lion King had it all: action, drama, comedy, and a few truly heartbreaking scenes. Scar scared the hell out of me. Timon and Pumbaa tickled me pink. I used to rub Dunkaroos frosting on my baby sister's forehead like Rafiki did when he baptized Simba in the opening sequence (a thing my mom wasn't exactly thrilled by).

So, in looking to the possibilities of the remake, which will likely incorporate the same photorealistic motion capture used in The Jungle Book remake since Jon Favreau will have directed both, what should the new version of The Lion King retain? There's a huge opportunity to update jokes, cultural references, and re-work the material to match an older and wiser audience while still playing up the innocent nostalgia. Here are the elements or themes I hope remain.

Anyone who's even read Hamlet in brief will recognize that the original Lion King is a Disney-fied riff on the Shakespearean play. While the wintry Denmark landscape has been traded for the sunny African plains and our young lovers, Simba and Nala, don't die in the end like Ophelia and Hamlet, there are still some strong echoes of the play. In both, the uncle of the king is power-hungry and maneuvers himself into power by indirectly causing the death of the king. The heir and only son is sent or scared away in his youth, and returns as a young man to find his home in disarray and himself desirous of justice for his dead father.

The remake should keep this age-old narrative intact. Disney proves time and again that it's able to illustrate the idea of "good versus evil" to children well; The Lion King found ways to nuance this theme by adopting the Hamlet structure. Plus, there's a chance with this remake to expand on the darker emotional draw for wanting to be a king in Scar's journey to the throne and better explore Simba's frustrated relationship to being a heir.

"The Circle Of Life" Opening Number

The stampede sequence in The Lion King is pretty traumatic. If you saw it for the first time as a kid (like I did), then you still may not be able to watch the entire sequence with crying or getting full-on chills. This entire sequence is pivotal to the plot and the original's is a masterclass in suspense building for a younger audience. The remake shouldn't be afraid to recreate and perhaps amp up the suspense the second time around.

Because "Hakuna Matata" is a timeless phrase, and because watching Simba go from a boy to a man is simply perfection. What can I say? I'm a sucker for an upbeat transformation montage.

You don't have to practice a specific religion to recognize that the Disney original was dealing with some major spiritual things. Ideas like hearing the voices of your ancestors, pursuing your destiny, being a benevolent ruler (and perhaps getting that answer from on high), what it means to be "chosen," and the role good and evil play in our lives are discussed in the original Lion King. The remake would gain incredible depth of emotion and narrative if it revisited these themes.

The Humor, But Remix It

With Glover in the lead as Simba, there's a big chance here to bring the humor of The Lion King to a more wry, sarcastic level than we had in the Disney original. In all likelihood, this remake will be a draw for audiences old and new, so playing jokes to an older crowd means you can get some darker, possibly more innuendo-ish jokes in there. I'm totally game.

Now, the big question is: Will Childish Gambino provide the soundtrack for this epic remake?