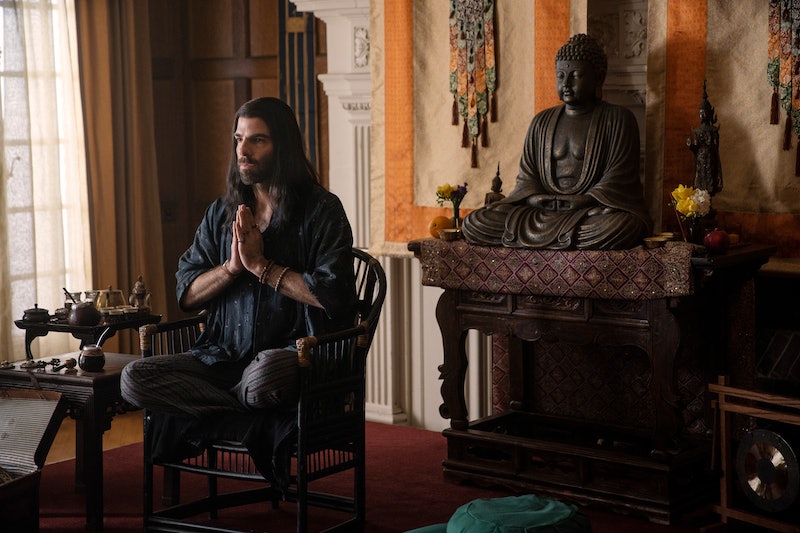 Hailing from executive producers Alan Yang (Master of None), Lee Eisenberg (The Office), and Kumail Nanjiani and Emily V. Gordon (The Big Sick), Little America is a new Apple TV+ anthology series following the true stories of working class immigrants. It's based on an Epic magazine feature, and each episode features a wholly different cast comprised almost entirely of unfamiliar names. The series, which debuts Jan. 17, has already been renewed for a second season.

The thirty minute episodes are alternately heart-rending and heart-warming, managing to feel thematically cohesive despite taking place in different cities across different decades. And even with the series' studious avoidance of politics — and, for the most part, racism — Little America feels like a show in direct conversation with the 2020 election: a tribute to America's long history as a refuge for those seeking new lives. Below, meet the people bringing these stories to life.

In the opening episode of Little America, Inamdar plays Kabir, a 12-year-old charged with running his family's Utah motel after his parents are deported back to India. For the child actor, who also does voiceover work, it's his biggest role to date. He's joined by Twin Peaks star Sherilyn Fenn, who steps in to play Laura Bush.

Corchado, who appeared in a 2018 episode of The Blacklist, plays an undocumented Mexican teenager who excels in an urban squash league run by Messiah star John Ortiz. He's one of the series' few familiar faces.

Like the character he plays, Conphidance, whose real name is Uchenna Echeazu, is originally from Nigeria. The University of Florida graduate left his job as an Atlanta public school math teacher to pursue acting in 2010. Before Little America, Conphidance appeared on Atlanta and American Gods.

If there's a star-studded episode in Little America's first season, this is it. Zachary Quinto plays the guru at a mildly awful silent retreat, but it's Inglourious Basterds star Melanie Laurent who plays the episode's French immigrant Sylviane. You can also catch Laurent opposite Ryan Reynolds in the new Michael Bay action flick 6 Underground, which premiered on Netflix in December.

Like the young divorcee she plays in Little America, Coutinho is Ugandan, though she grew up mostly in Swaziland before moving to the U.S. Since graduating from Lewis and Clark College with a theater degree, she's starred in Kyenvu, a short film she also wrote and directed.

The Singaporean actress has been featured on some of the biggest TV shows of the last decade, including Grey's Anatomy, The Big Bang Theory, The Good Wife, and The Young & The Restless, in which she had a recurring role.

The Tehran-born actor, who has starred in award-winning films like The Kite Runner and Crash, may be most familiar to Homeland fans. Toub played Majid Javadi, the Iranian intelligence chief from Season 3.

The Lebanese-born actor plays Rafiq, a Syrian man forced to flee for safety after his family discovers he's gay. Sleiman, another TV vet who has appeared on Amazon's Jack Ryan and ABC's Of Kings and Prophets, came out as gay in a 2017 Facebook video. He also starred in the award-winning indie film The Visitor as Tarek, the Syrian-Palestinian drummer facing deportation.