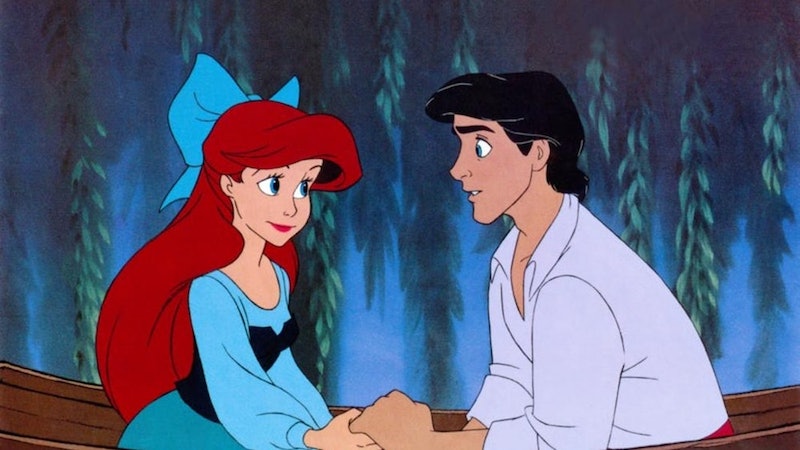 In a new spin on a Disney classic, The Little Mermaid Live! format blends the original film with new performances. ABC’s The Little Mermaid Live! will serve as “part animated film," "part live spectacle,” and “100% Disney magic,” according to a promo, as a star-studded cast brings the fairytale to life on the Disney lot. While the actors perform the beloved songs and scenes in real time, the original 1989 film will be projected on a screen. The result will thus be an alternation (as well as a combination) of the two forces. The two-hour musical event, set to premiere on ABC on Tuesday, Nov. 5, serves as a tribute to the film’s 30th anniversary this month.

To celebrate the milestone, ABC enlisted an all-star cast to headline the special. The Little Mermaid Live! will star Auli’i Cravalho as the titular mermaid Ariel, Queen Latifah as the sea witch Ursula, John Stamos as the crab-hungry Chef Louis, Graham Phillips as Ariel's love interest Prince Eric, Shaggy as the Jamaican sea crab Sebastian, and Glee alum Amber Riley as the emcee. As for the roles of the other beloved sea critters (ahem, Flounder), it appears as though the remaining characters may be brought to life by puppets. On Twitter on Tuesday, ABC shared a teaser clip of the live spectacular that offered a glimpse of puppets intermixed with humans on set.

If the star-studded cast isn’t enough to entice viewers, this particular tidbit just might: Jodi Benson, the original voice of Ariel in the 1989 classic, is expected to make an appearance in an undisclosed role, as per PEOPLE.

The Little Mermaid Live! will be directed and executive produced by Hamish Hamilton, whose directorial résumé includes the Super Bowl halftime shows. In an interview with Entertainment Weekly on Nov. 1, Hamilton teased that the special would be “very different to any of the musicals that have been done before” due to its mesh of old and new. He told EW, “We’re doing everything in our power to make the blend beautiful… What we are not doing is changing the structure or the story or the magic. What we’re doing is we are blending a live perspective and a live energy and a live interpretation to the original feature.”

ABC’s special isn’t the only tribute to the animated classic. Disney’s live-action The Little Mermaid is in the works for a theatrical release; a release date has not yet been announced. The Rob Marshall-directed film will star Halle Bailey as Ariel, Awkwafina as Scuttle, and Jacob Tremblay as Flounder. Melissa McCarthy is reportedly in talks to play Ursula, as per a Variety exclusive published in June. The casting of Prince Eric — which Harry Styles passed on in August — has yet to be announced.

More like this
The OG Power Rangers Are Returning For A Spandex-Clad Special
By El Hunt
Every 'That '70s Show' Character Who Returned For The Netflix Spinoff
By Grace Wehniainen
Ashton Kutcher Wants Danny Masterson “To Be Found Innocent” In Rape Retrial
By Jake Viswanath
This 'Gossip Girl' Wardrobe Error Has Gone Viral On TikTok
By Alyssa Lapid
Get Even More From Bustle — Sign Up For The Newsletter
From hair trends to relationship advice, our daily newsletter has everything you need to sound like a person who’s on TikTok, even if you aren’t.