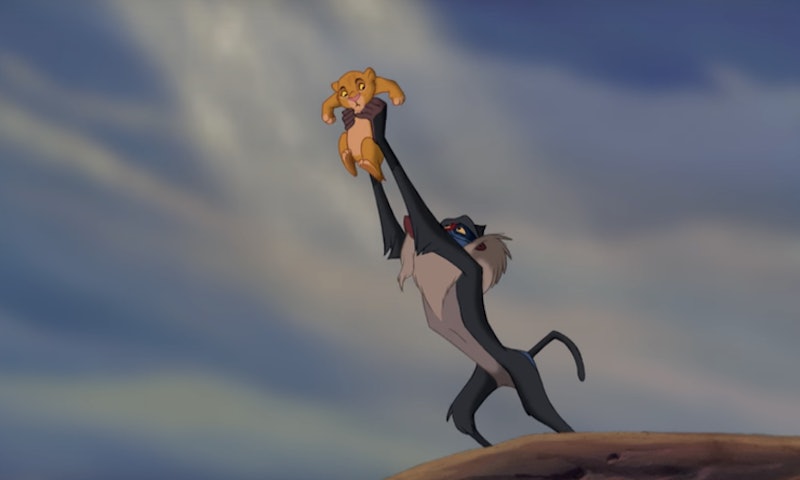 Life is about to gloriously come full circle for diehard Disney lovers — or anyone from the '90s. Or anyone, ever. After months of anticipation, Disney finally revealed when the live-action take on the 1994 classic, The Lion King, will be released. Audiences have to wait for a little while, but it will absolutely be worth it (even though the release is taking the spot of the next Indiana Jones film). Fans can expect the reincarnation a little over two years from now, officially in July 19, 2019. I know, I know, it seems so far away and that hurts. But on the bright side, not only will it be a long overdue blast from the past, but a magical experience that'll exceed expectations.

How can I be so sure? Well by now, fans know the movie is in excellent hands. In September 2016, Disney announced that Jon Favreau, who directed 2016's beautiful reimagining of The Jungle Book, would also direct The Lion King. Seeing as how well-done The Jungle Book was, I have no doubt Favreau will hold onto the integrity of the original which fans grew to love so much. There are several things fans can look forward to upon the release, even if it is two years from now.

Already, The Lion King has an amazing cast, just as Jungle Book did (with actors like Christopher Walken, Idris Elba, and Scarlett Johansson). So far, Donald Glover has been casted as Simba, and get ready for this: James Earl Jones will be reprising his role of the original Mufasa. Talk about nostalgia. (Roles of Timon and Pumbaa have yet to be casted, but they'll obviously be great too.)

Speaking of nostalgia, Favreau is likely to pay homage to countless aspects of the original, even if the upcoming installment will be technologically advanced through motion capture. In its original announcement, Disney promised the film would include songs from the original, like the recent Beauty and the Beast remake did. If anything, the numbers will be even more larger-than-life. Jungle Book included songs like "The Bare Necessities" and Walken's rendition of "I Wanna Be Like You." Needless to say, the new "Hakuna Matata" will be epic.

And of course, there are the moving moments, like Simba's powerful birth and Musafa's heartbreaking death, which Favreau will probably slay. In fact, he's a busy man these days. In addition to TLK, Favreau is working on developing a Jungle Book sequel. This man is just the gift that keeps on giving.