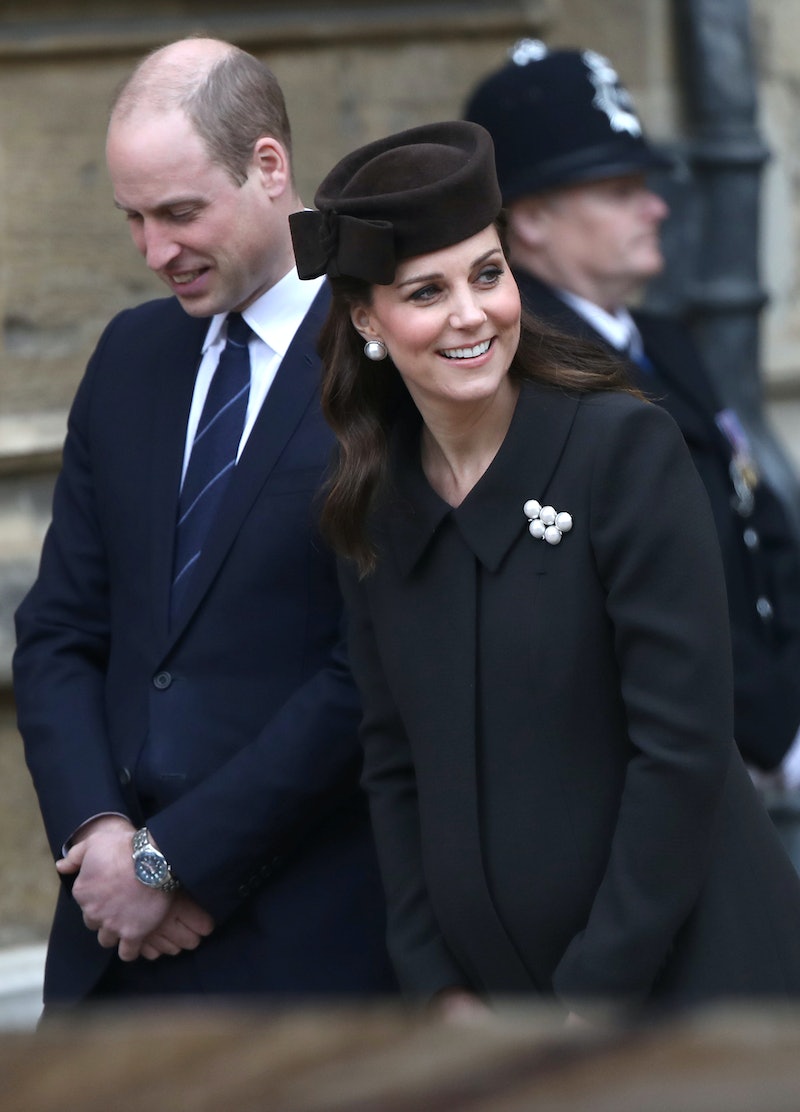 GerThe Duke and Duchess of Cambridge welcomed their third child on Monday morning, and the new prince's birthday has a pretty special significance for England: April 23 is also Saint George's Day. The meaning of St. George’s Day reaches all the way back to the Middle Ages, according to People. It's when George, believed to have been a Roman soldier, was recognized as the protector of the royal family and the Patron Saint of England. Kate and William's third child shares the day with other national luminaries: historians speculate that Shakespeare, Britain's most celebrated poet and playwright, was born and died on April 23.

Kensington Palace confirmed the prince's birth, whose name has yet to be announced, early on Monday morning via Twitter. The baby was delivered at 11 a.m. at Saint Mary's Hospital, where the Duchess of Cambridge gave birth to her two other children, George and Charlotte. Fun fact: CNN notes that Prince William, who was also delivered at Saint Mary's, was the first heir to the crown born in a hospital, breaking the long-standing tradition of royal women delivering their children in the privacy of one of the family's residences.

As the world waits to see if Kate and William will share a glimpse of their baby with the press in front of the hospital's iconic Lindo Wing, Twitter flooded its feed with patriotic well-wishes, nostalgia for the Duke and Duchess's love story, and a little sympathy for Prince Harry's jump down the line of succession.

Of course, it's no surprise tweeters across the globe can't get over the patriotic coincidence that the baby was delivered on Saint George's Day. According to the BBC, the Saint was probably a Roman Christian named Georgios, born in modern-day Turkey around 270 A.D. While he was a soldier, Saint George reportedly lived under the rule of Emperor Diocletian, who ordered the persecution of Christians throughout his empire. And though some accounts claim that he was tortured for over seven years and even resurrected three times by Saint Michael, Saint George was ultimately executed for his faith in 303 A.D..

The famous myth about Saint George slaying a dragon first appeared in the Eastern Orthodox Church during the Middle Ages, carried back to Europe by soldiers returning from the Crusades, according to the Independent. The legend claims that a dragon had started terrorizing a small town in modern-day Libya; Saint George agreed to kill it, but only if all the residents converted to Christianity. The king of the town was so grateful for Saint George's bravery that he built a church on the ground where the dragon had died.

Historians don't believe Saint George ever set foot in the U.K., but he became the nation's Patron Saint in the mid fourteenth century thanks to King Edward III, who strove to remake England as one Europe's most forceful nations, according to the BBC. King Edward III definitely wasn't alone in his admiration for the infamous dragon-slayer, though; Portugal, Germany, and Lithuania are just a few of the other countries that also count George as their Patron Satin.

And while Saint George's Day sadly isn't a Bank Holiday in the U.K. (meaning workers don't get the day off), Brits still have plenty of royal reasons to celebrate. As the nation feverishly speculates over which name the Duke and Duchess will choose for their newborn (according to Express, Arthur is the current favorite), the U.K. is also gearing up for Prince Harry and Meghan Markle's globally anticipated nuptials, which take place on May 19. As if the world needed more proof that the Queen wasn't the planet's busiest grandmother.