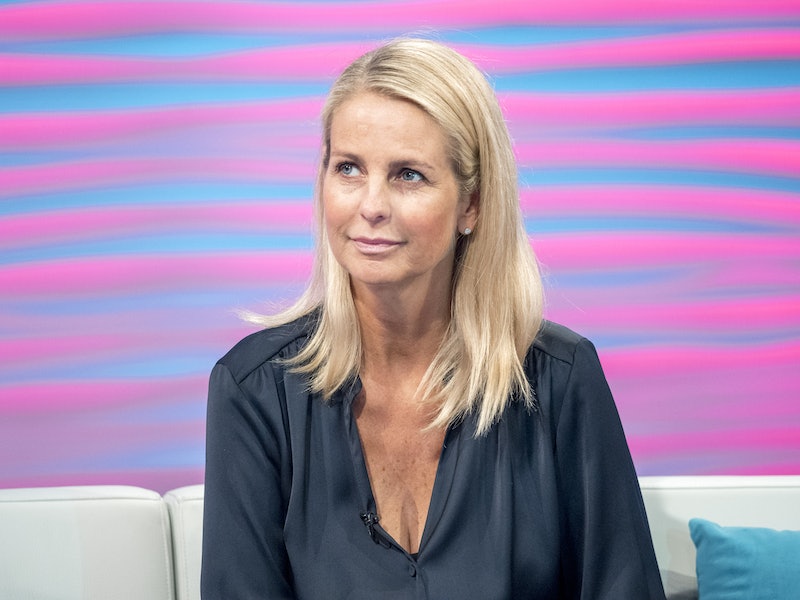 As we all know, misogyny is still very much alive and well, and there is no clearer illustration of it than society's treatment of female celebrities. Take, for example, the legend that is Swedish TV personality Ulrika Jonsson, who has faced decades of attacks from the media regarding her personal life. So guys, it's time we talked about why bashing Ulrika Jonsson is totally messed up.

Jonsson's recent announcement regarding the unfortunate dissolution of her relationship has received a lot of unpleasant and unnecessary commentary. During a time of great emotional distress for her, her former partner, and her children, the press' focus is on her former relationships and the fathers of her children.

Sadly, this rhetoric, which has basically branded Jonsson as promiscuous women and/or a failure owing to her personal life, has followed her around for quite some time. In a manner that is not only sexist but quite frankly archaic and unacceptable.

Jonsson happens to be going through her third divorce, which I am sure is absolutely not what she had planned for, but it's what has happened. Speaking to Best magazine, the star said: "If I'm honest, getting another divorce aged 51 is not where I thought I would be, so who knows?"

Jonsson has had an incredibly successful career ever since she got involved in the British TV industry back in the early '90s. She began her on-screen life as TV-am weather girl and went on to become a host on Gladiators as well as a panellist on Shooting Stars and multiple other TV shows.

Jonsson always been pretty open about her personal life. The TV star recently opened up about her mental health struggles and the experience of going through menopause, which sadly remains taboo in our society. Jonsson's openness about a period of life that makes many women feel invisible is truly inspirational. So why isn't that the headline news when it comes to Jonsson?

And mental health is not the only thing Jonsson is honest and open about. She is also proudly sex positive, and has been involved in opening up dialogues about sex between parents and their children. The star recently appeared on Lorraine with her daughter Martha to discuss the importance of speaking honestly with your children about sex and of being involved in sex education. This kind of thing is more important now than ever, because we live in an age where children's idea of what sex is often comes solely from unrealistic pornographic sources. In 2019, sex education is vital.

So, what's the deal here? Why are Jonsson's previous relationships being deemed more newsworthy than the amazing work she has been doing of late? The brave, feminist, righteous moves she has been making, despite previous flagrant sexist, sex-shaming coverage from media outlets? Well, TBH, sadly shaming a woman sells more papers than celebrating her, and nearly every article I read about Jonsson ending her relationship with her ex included monickers that I don't believe deserve repeating.

In 2010, Jonsson herself spoke out about the unfairness of the way she has been treated in regards to her past relationships. Writing for the Daily Mail, Jonsson said:

"Now my young son, Malcolm, is about to turn two and many cruel jokes and jibes later I am still questioning why my domestic situation has been the subject of so much vitriol and disapproval. After all, plenty of men — many of them famous — father children by a host of different women, and they are treated like loveable, if randy, old goats. But women like me, whose romantic dreams may have fallen apart — but who work ferociously hard to provide stable loving homes for their offspring — are vilified.

So, instead of vilifying Jonsson, let's celebrate her. Not only for being outspoken about women's health, mental health, and the importance of sex education, but for continuing her hard work despite flack from many sources. History will remember her as it does many other women who were shamed during their career and their lifetime for being outspoken: as a strong, pioneering individual. So here's to you Ulrika — keep up the good work.