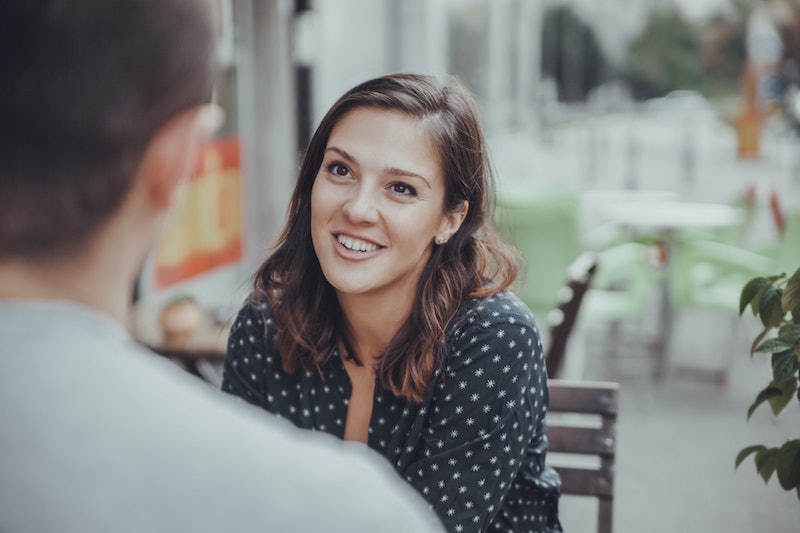 There’s a lot of weight that goes into choosing where to go on a first date. Is coffee too casual? Dinner too formal? A club too… suggestive? We all assign certain meaning to the location of a first date, making the decision feel fraught with possible disaster. What if we arrange a dinner date and figure out we hate the way they laugh within two minutes and then are stuck for the next hour?? But even that possibility that doesn’t seem to keep people from going on first dates. First dates are happening every day, all around the world, and the dating app Clover set out to find out what the most popular first date spots of 2016 were.

In order to determine where, exactly, people were going on first dates, Clover analyzed data from 1.5 million users across the U.S. On top of their Mixers feature — which the CEO likens to meeting someone at a friend’s party and Bustle writer Suzannah Weiss likens to a ‘90s AOL chat room — the app’s goal is to get people to meet IRL as quickly as possible. With their On-Demand Dating feature, they’re pretty focused on this whole first-date thing. So want to know what the number one place for first dates in 2016 was, according to Clover? Drumroll, please!

It was Starbucks. Yup, next time you go to Starbucks be sure to take a look around and see who’s looking either hella awkward or real cute over their triple mocha pumpkin spice Frappuccinos. The second most popular spot was In-N-Out Burger, which would be a terrible idea for me, at least, because you know I’d end up with that sauce aaaaaallllll over my top. Third is Chick-fil-A, which I wouldn't be into, but the fourth was Central Park and I can vouch for that one as an excellent first date spot.

They also found that men prefer first dates to be at a casual restaurant, while women prefer the possible quick exit offered by a coffee date. But people of all genders are more into relaxed environments, rather than fine dining or bars or nightclubs for the first date.

Curious where else people are meeting up for the first time? Check out this infographic from Clover about the top 30 first date spots of 2016.