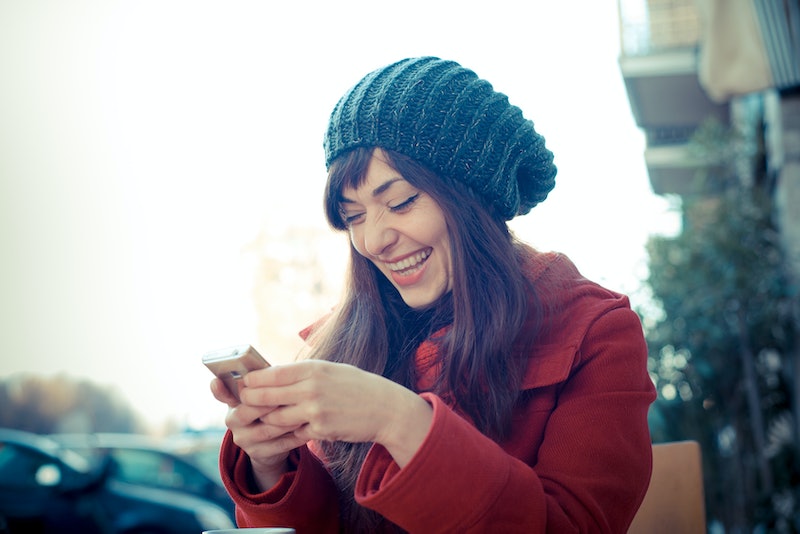 Sometimes, with the minimal information dating apps provide, it's hard to know how much you have in common with someone or whether you're looking for the same thing. So, to give users with similar interests a way to connect, the dating app Clover just launched "Mixers," which resemble those chatrooms you may have used on AOL Instant Messenger back in the 90s. The "Mixers" function lets singles create and join forums dedicated to topics ranging from Christianity to cougars. Most of the posts consist of people advertising themselves with selfies or basic greetings, and then others can reply to them or try to match with them. When you open the feature, you see the most popular groups in order — and those rankings are pretty revealing, not to mention hilarious.

"We’re pretty surprised by the amount of Mixers that have been created so far," Clover's team tells Bustle. "It’s amazing to see the varied amount of interests people have. Some singles are gathering around their shared love for dogs and others are connecting by showing off their latest tattoos. Based on some of the Mixers people are creating, you can see there is a clear divide between the serious daters and people that want to keep things casual."

Here are the Mixers with the largest numbers of members — and what they might reveal about people's lifestyles and dating preferences.

Despite dating apps' reputation for hookups, the most popular forum on Clover, with 2,732 members, is exclusively for people seeking long-term commitments. Given their goal of looking beyond appearances, it's pretty funny to see people's conversations in the forum, which are mostly along the lines of "Wow you are gorgeous:)" and "Wow you look amazing! xx."

Yup, this is the number-two group, with 1,569 members, and I'm not sure how to feel about that. Should we be glad people are open to dating those of another race? I'm more inclined to think it's time for a friendly reminder that openness to interracial dating does not earn you a gold star. It's just part of not being racist.

The Netflix and Chill meme has really caught on, with a dating app dedicated to the activity, unprecedented usage in OkCupid profiles, and status as the third-most-popular Mixer on Clover. But it's not clear if the latter is working out, since the posts paint a rather bleak portrait of people desperate for Netflix-and-Chill buddies in their locations.

1,233 users have formed a "cuddle club," because who doesn't like a good cuddle? However, based on that last post, it looks like some are in it for more than the cuddling.

On top of the 2,732 "Serious Relationships Only" members, 1,210 have put themselves on the market for long-term relationships. Maybe this shows that a large chunk of the app's users are looking for more than hookups, or maybe those looking for something serious need to carve out a space for themselves because they're in the minority. Either way, now they'll have an easier time finding what they're looking for.