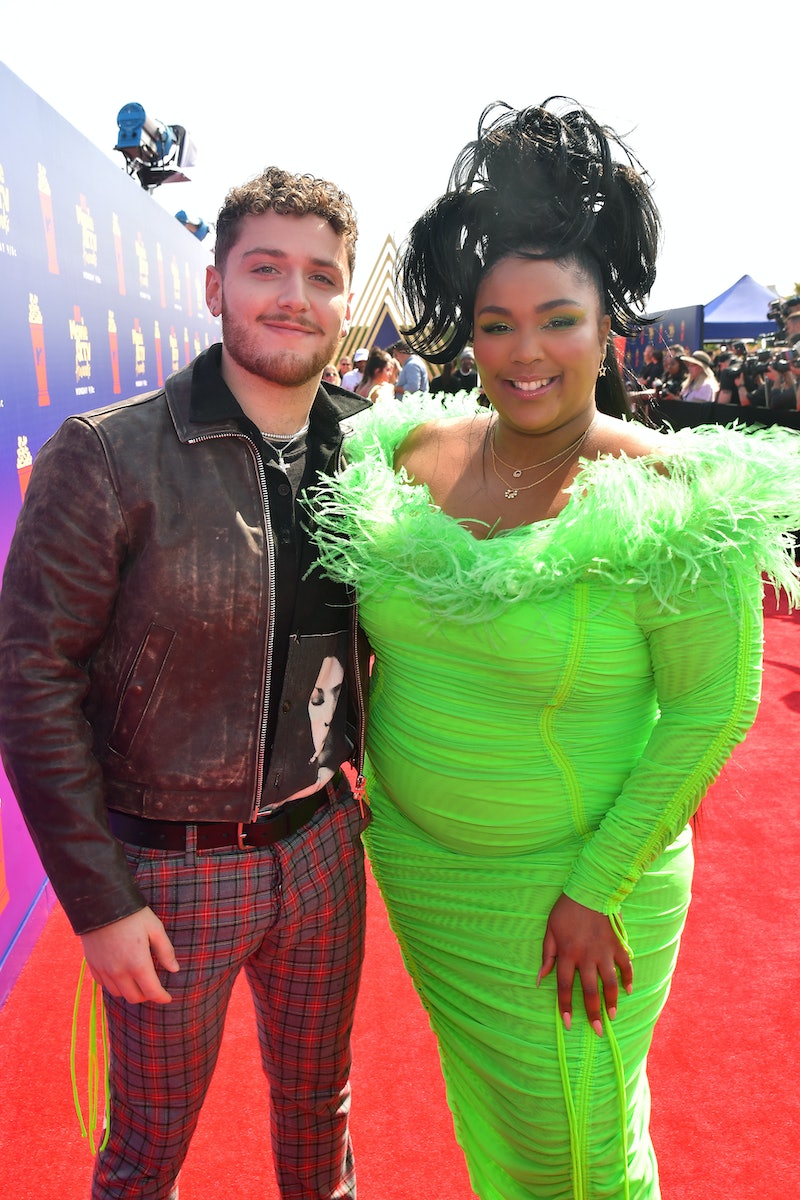 While the MTV Movie & TV Awards isn't as musically focused as the Video Music Awards that air in late summer, that doesn't mean there aren't a couple great performances to look forward to. There's only so much a host and presenting team can do to keep an audience hyped, and the MTV 2019 Movie & TV Awards Performers will almost certainly provide enough upbeat musical energy to keep the show running smoothly between awards speeches.

While MTV uses the VMAs to honor artists and produce a parade of musical performances from rising stars and living legends alike, the MTV Movie & TV Awards performances are typically a more low-key affair. However, a slot on the MTV Movie &TV Awards is a perfect stepping stone towards playing larger stages and getting more albums sales and downloads. That could come in handy, since the two performers that MTV brought in for this year's awards, Lizzo and Bazzi, are just getting started.

While two performers may not sound like a lot, MTV has assembled the perfect duo for keeping the energy of the ceremony up and giving its audience something to talk about.

Lizzo is on track to become on of pop music's biggest stars on the strength of a breakout year. While the artist has been releasing music for a few years now, the critical success of her third album, Cuz I Love You and singles "Truth Hurts" and "Juice" has made her one of the year's most notable rising stars. Lizzo is also notable for bringing memorable high-energy performances to the stage, whether she's getting her hair braided mid-song or playing the flute. She's perfectly suited for the MTV Movie & TV Awards stage, where she can have the freedom to do whatever she pleases.

The evening's other musical entertainer also has two Z's in his name, but that's about where the comparisons stop. Where Lizzo's music is high-energy and propulsive, Bazzi's music is hazy and relaxed. The singer crooned his way onto radio and streaming success with the song "Mine" in 2018.

While none of his songs since have managed to catch fire the way that that track did, the Movie & TV Awards performance could be the perfect chance to convert any curious minds who simply tuned in to see who wins the Best Kiss award into full-on Bazzi stans.

While the ceremony may not have the same caliber of medium-defining talent that the VMAs wheel out, the unofficial Five-Letter Names With Two Vowels And Two Z's convention that is the 2019 MTV Music & TV Awards could allow Lizzo and Bazzi to be fully appreciated and enjoyed without having to worry about being sandwiched between fifteen other artists. Lizzo and Bazzi are on their way up in the world of pop, and the MTV Music & TV Awards is a great opportunity to see these two stars on the rise.