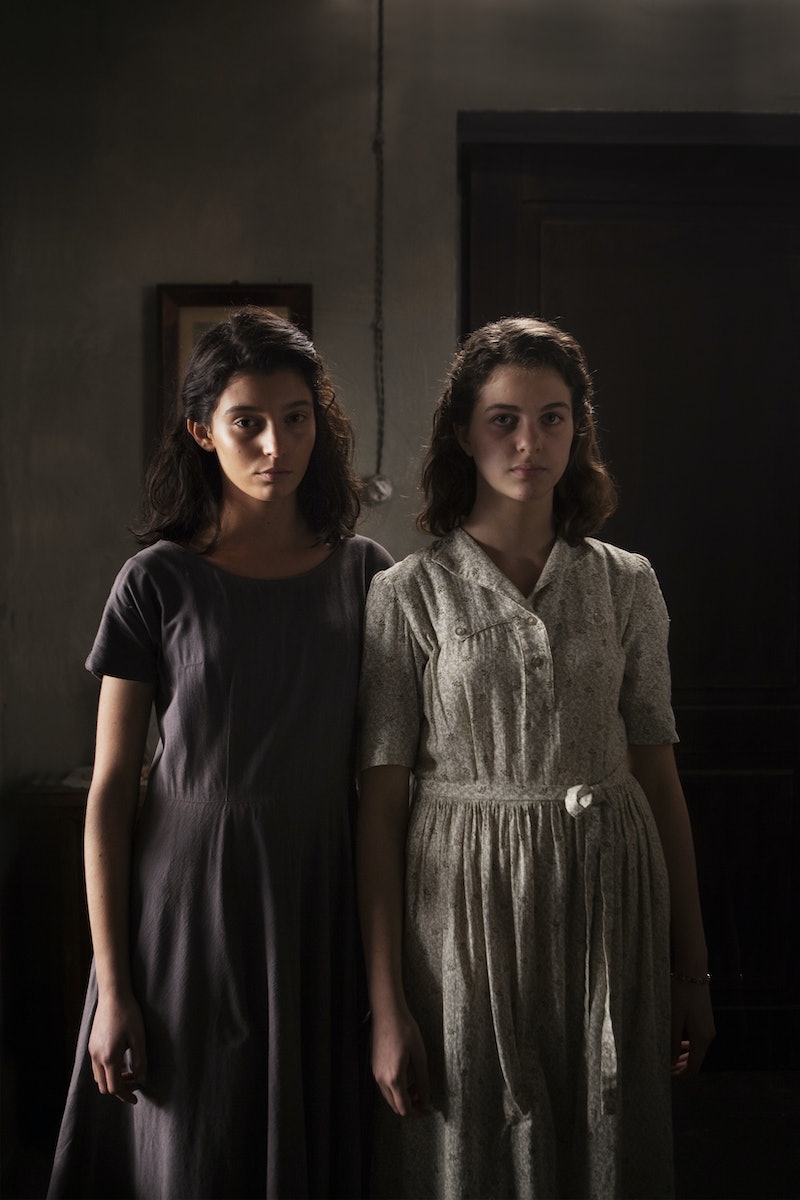 Spoilers ahead for My Brilliant Friend Episodes 7 and 8 "All the beauty [Lila] had in her head when she was a child — it's gone the wrong way," a disappointed Maestra Oliviero (Dora Romano) tells Elena (Margherita Mazzucco) in Episode 7. She thinks her star pupil is selling out to marry a rich boy, and the schoolmarm is not pleased. After all, if anyone were to get out of the neighborhood in HBO's My Brilliant Friend, it was Lila Cerullo (Gaia Girace). Despite her staggering intellect, generational poverty prevents her from becoming anything more than a housewife. After rejecting Marcello Solara, she immediately falls into the arms of the other local rich boy, Stefano Carracci (Giovanni Amura). And although he dotes on her, their relationship feels like a transaction, Lila being the ultimate commodity. Mr. Cerullo essentially passes his daughter from one man to the next in the name of financial support of their shoe shop, revealing that women in My Brilliant Friend have no freedom. Not even the headstrong Lila, who is so determined to get out.

The Cerullo-Carracci wedding is the stuff of legend — it's big, expensive, boozy, and uproarious. The bride and groom look deliriously happy, until the Solaras brothers show up at the reception. Lila had made her fiancé promise not to invite Marcello, yet he appears wearing Stefano's leather shoes. She's understandably furious, and her husband refuses to meet her eyes.

This is the ultimate betrayal, and it reveals the eldest Caracci's true nature. Not to mention the fact that her future is now intertwined with her ex-fiancé's, since the Cerullos need Mr. Solara to act as their "Speech Master" in order to expand their shoe business. These loafers, symbolizing Lila herself, are tight on both Marcello and Stefano, yet they force them on. And if their wedding foreshadows Lila and Stefano's marriage, it's bound to be a tumultuous and unhappy one.

"At that moment, I understood what Miss Oliviero meant when she asked me if I knew what the plebs were," an older Elena narrates, referring to a conversation from Episode 2. "We were the plebs. When I was a child, I aspired to Lila's pace to escape the neighborhood. I was wrong. From the world of my mother and the neighborhood, not even Lila had been able to get away." And if Lila can't escape, is there any hope for Elena? Right now, she's on the right track, but her future is still up in the air (except for those who've read the Ferrante series, that is).

But where viewers are in the series, Lenù is struggling to maintain her agency, too. Mr. Sarratore also shows up in the street unannounced, pledging his love to the young girl he assaulted. Greco is able to scare him off only with her boyfriend Antonio's help, whom she doesn't even really care for. Then there's Nino (Francesco Serpico), who first asks Elena to write an article for his magazine, then refuses to put it in. He explains that they didn't have room, but he's likely jealous — both of her relationship with Antonio (Christian Giroso) and her writing talent, which surpasses his.

It makes sense, then, why Maestra Oliviero reacts so strongly to Lila's marriage. After all, she'd been the one advocating for both her and Lenù's educations since they were young girls. It was she who spoke to the Cerullos about keeping Lila in school, albeit unsuccessfully. Only Oliviero seemed to have a bird's eye view of what these girls' futures held if they stopped going to school. When the boys competed against Lila and Elena nearly a decade ago, the Maestra had seen her two favorite students humiliate Alfonso, Nino, and Enzo in turn. What's more, she likely knew that they would be romantic prospects for them later on. Would these girls be content with such small lives, and should they be? It's a question that the girls are asking themselves throughout, even if they don't know it yet.

Episode 8 shows Elena helping Lila get ready for the wedding when the bride declares her wedding shoes ugly, although she likely designed them herself. "The dreams in my head have ended up under my feet," she says, sadly. Hopefully, Season 2 will bring her a new adventure, if only to break up the monotony and bleakness of Season 1.