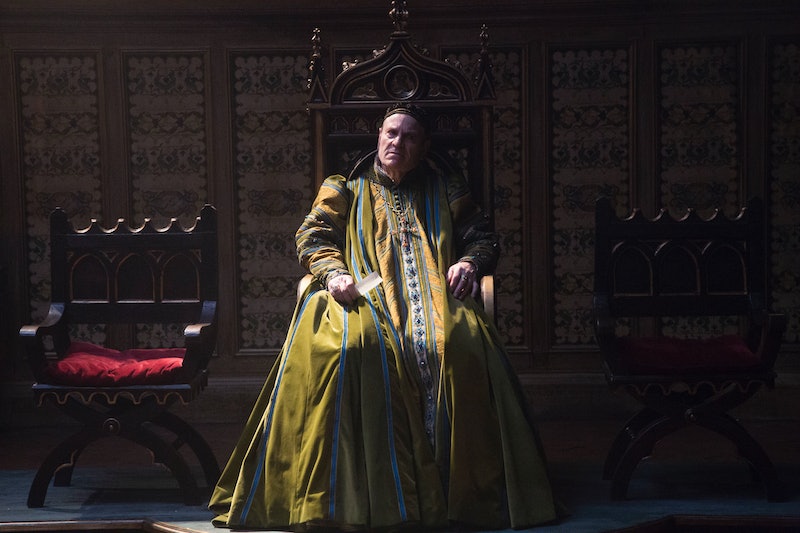 BBC Two's medieval murder mystery The Name of the Rose has arrived to liven up your Friday evenings, and this classic story arose from one of the best-selling novels of all time. The book on which the series is based was penned by Italian author Umberto Eco, and tells the story of William of Baskerville, who along with his apprentice, travels to a 14th-century Italian monastery in order to investigate a suspected murder case. The novel was first released back in 1980, and if you haven't read it yet, The Name of the Rose book ending is a real shocker, which makes the television adaptation all the more exciting.

Some major spoilers lie ahead, so if you'd prefer to watch the story play out on TV, you should probably look away now.

According to iNews, the story takes place in 1327, and is centred around a Franciscan friar named William of Baskerville, who is asked to investigate a series of murders in the abbey of Pietranera. Along with his apprentice Adso von Melk, William tries to get to the bottom of these mysterious killings, however, the pair are interrupted by a powerful inquisitor known as Bernard Gui, who was sent by Pope John XXII himself.

As explained on eNotes, the conclusion of Umberto Eco's The Name of the Rose reveals that the deaths were indeed a result of murder, and carried out by the character of Brother Jorge — who committed the crimes in order to prevent the discovery of Aristotle's Second Work, which resided within the abbey's hidden library. William eventually manages to identify the culprit, however, the opportunity to bring Jorge to justice is missed, because shortly after his murderous acts are uncovered, Jorge kills himself by consuming poison-coated pages — taken from the book he so desperately hid from others.

However, the tale doesn't end there, because after eating the deadly pages, Brother Jorge runs into the secret library and sets the room ablaze, which results in the destruction of the entire abbey.

As mentioned previously, the classic novel has been reimagined for the small screen, and the eight-part series begins on Friday, October 11, at 9 p.m. on BBC Two. As reported by The Sun, the cast of The Name of Rose includes John Turturro, Damian Hardung, Rupert Everett, Greta Scarano, and Michael Emerson — all of whom are hoping to mirror the success of the original novel, and accompanying 1986 film, which starred the likes of Sean Connery and Christian Slater.

The latest take on the popular crime thriller was directed by Giacomo Battiato, and co-wrote by actor John Turturro, who also stars in the series. The BBC bagged the rights to the adaptation back in 2018, and the Executive Director of SundanceTV, Jan Diedrichsen, previously described the drama as being "a smart, thrilling story," with "extremely high production values."

Well, with a referral that strong, I'll most definitely be tuning in, and you can catch the first episode of The Name of the Rose on Friday, October 11, at 9 p.m. on BBC Two.