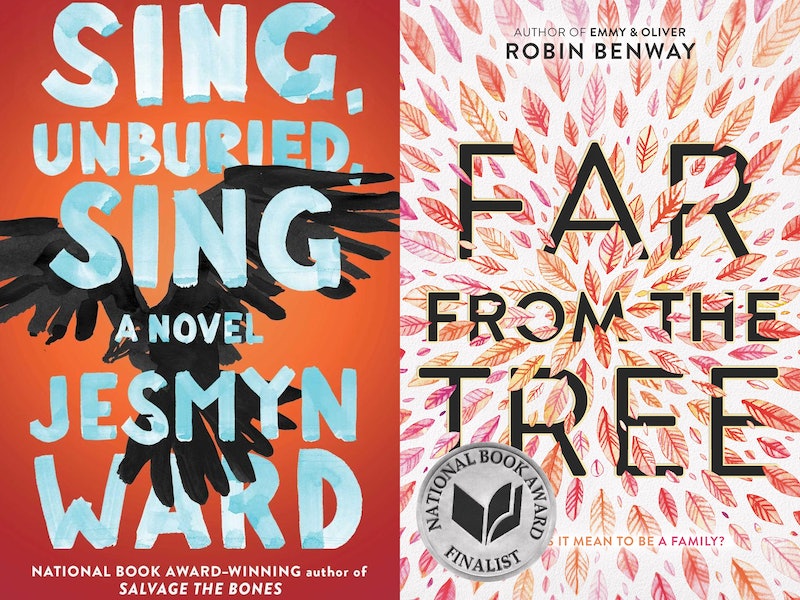 The biggest book prize given in the U.S. is finally upon us. The National Book Award winners for 2017 are here, and you're going to want to read them all. These four books just won the literary equivalent of the Oscars, so be sure to add them to your TBR, ASAP.

Of course, most book nerds are more interested in hearing about which of the 20 shortlisted books were honored with National Book Awards this year. The contenders for 2017 included Jennifer Egan's Manhattan Beach, Timothy B. Tyson's The Blood of Emmett Till, Sherod Santos' Square Inch Hours, and Angie Thomas' The Hate U Give — all of which were longlisted for National Book Awards, but were eliminated when the judges narrowed their selections to the five finalists in each category. Clearly, there was some stiff competition in this year's publishing pool.

In addition to being a year of fantastic selections, 2017 was also a great year for women writers at the National Book Awards. After winning in 2011, Salvage the Bones author Jesmyn Ward was up for yet another National Book Award for Fiction, this time for Sing, Unburied, Sing. Not only did Proulx receive a lifetime achievement award, but 15 of the National Book Awards' 20 lucky finalists were written by women. All of this year's 5 Under 35 honorees — Lesley Nneka Arimah, Halle Butler, Zinzi Clemmons, Leopoldine Core, and Weike Wang — were women.

Obviously, although only four books could win National Book Awards this year, the 20 finalists — and, in fact, the 40 longlisted books — are all well worth the time it takes to read. These are the best of the best in U.S. publishing from the last year, so if you have not read any of them, you're in for a special treat. Check out the four National Book Award winners for 2017 below, and then run out and grab the ones you have not yet had the chance to read.