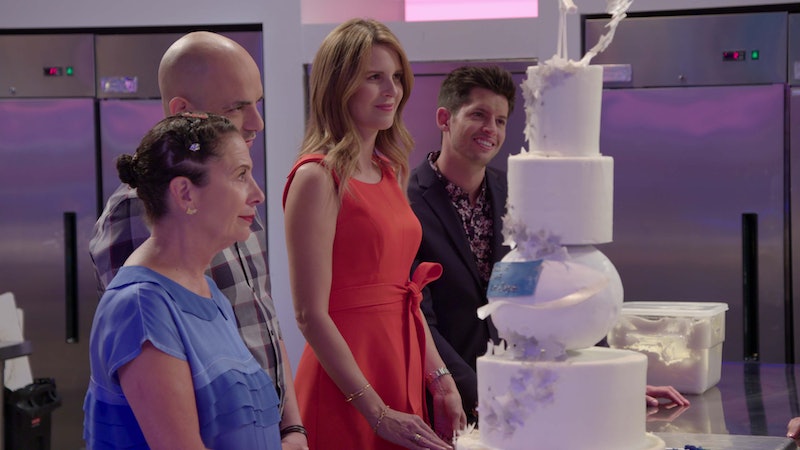 There are innumerable reality shows on television these days, showcasing everything from dating and real estate to singing competitions and famous people being famous, but one of the most endearing has to be the humble baking show. There's just something about watching people craft delicious baked goods in a good-natured competition that makes for entertaining and satisfying TV, and Netflix is generally a good place to find these types of shows. So thankfully, among the new movies and shows on Netflix this week is a brand new baking competition series that's sure to become your latest obsession.

The show is called Sugar Rush, and in case you couldn't tell from the title, it's focused entirely on desserts. The show features four teams of bakers who square off against one another for a $10,000 prize, and they need to show a mastery over all types of delicious sweets in order to win. The contest works like this: In the first round, the teams have to make cupcakes. In round two, they're tasked with creating confections. And in round three, they put all their effort into creating a show-stopping cake. But there's a twist. Since the series is called Sugar Rush, all the rounds are timed, and the bakers will have a ridiculously short amount of time to bake each of their creations.

Sugar Rush is produced by Magical Elves, who are also behind fellow cooking series Nailed It! and Top Chef. The series is hosted by Hunter March and judged by renowned pastry chefs Adriano Zumbo and Candace Nelson, the latter of whom is the founder of Sprinkles Cupcakes. And although Sugar Rush will likely be the most exciting new release on Netflix this week for a good number of people, there's plenty more shows and movies hitting the streaming site in the coming days for those of you who aren't into baking competitions. So check out the full list below for everything new that's streaming on Netflix this week.