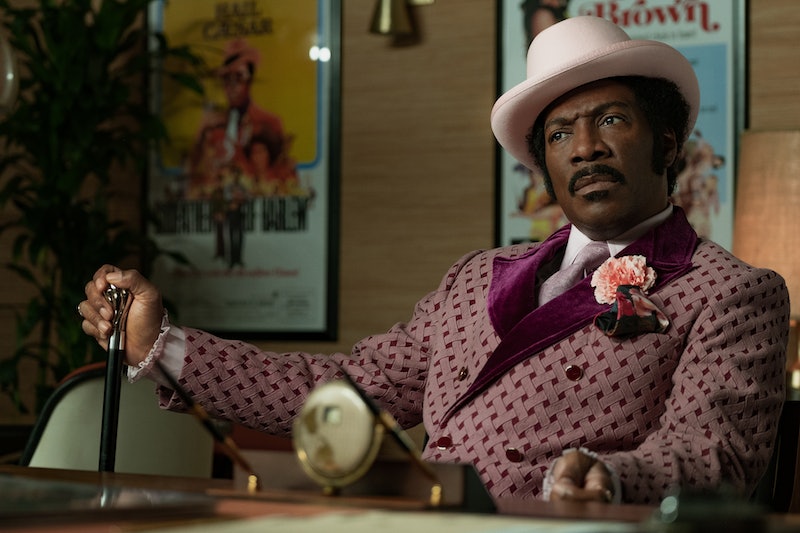 It seems like ages ago now, but Eddie Murphy was once the biggest name in entertainment. After breaking out on Saturday Night Live in the early '80s, Murphy became a blockbuster movie star. He headlined now-classic comedies in the '80s such as Trading Places, 48 Hours, Coming to America, and Beverly Hills Cop — the highest-grossing film of 1984. It's been a long time now since Murphy has had a successful comedy, but that's about to change with the new shows and movies on Netflix this week.

Murphy's new movie Dolemite Is My Name opens on Netflix this week, and the film is already being heralded as the start of Murphy's comedic comeback. The film stars Murphy as actor and comedian Rudy Ray Moore, who created the pimp character Dolemite that became something of a '70s movie sensation. The film marks the first R-rated comedy for Murphy since the '90s, and is launching a comedic comeback for the actor that will include his first SNL hosting gig since leaving the show in '84, a sequel to Coming to America, a possible new Beverly Hills Cop movie, and a heavily-rumored return to stand up.

If, for some reason, Eddie Murphy's return to adult comedy isn't enough for you, there are loads of other Netflix offerings this week that run the gamut from documentaries to reality shows to original horror films. So take a look at the full list below.

More like this
Here’s Everything Coming To & Leaving Netflix In February
By Jake Viswanath
All The ’70s Easter Eggs You Missed In 'That ’90s Show'
By Grace Wehniainen
At 28, Debra Jo Rupp Was Living A Much Different '70s Show
By Grace Wehniainen
The OG Power Rangers Are Returning For A Spandex-Clad Special
By El Hunt
Get Even More From Bustle — Sign Up For The Newsletter
From hair trends to relationship advice, our daily newsletter has everything you need to sound like a person who’s on TikTok, even if you aren’t.