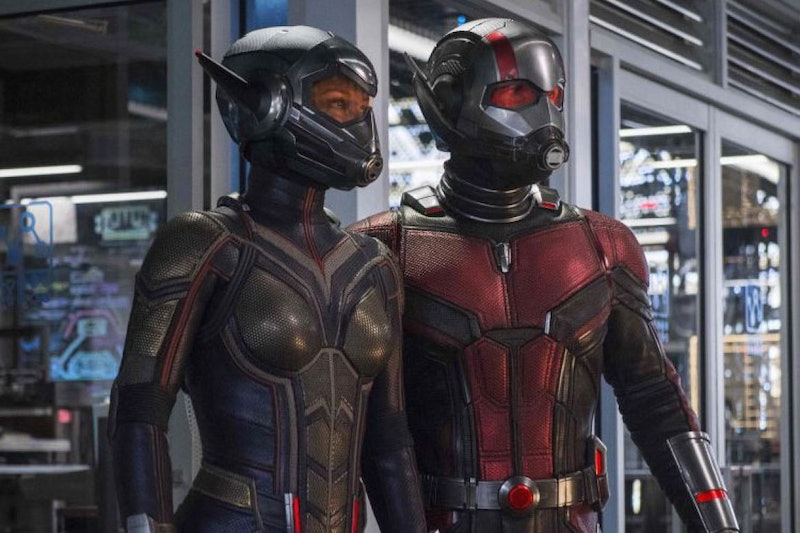 Marvel's been hinting, teasing, and building up to Avengers: Infinity War for years across multiple movies. But now that the mega-crossover flick is almost upon us in all its glory, should we pity the poor movie that has to follow its highly-hyped footsteps? What is the next Marvel movie, and can it possibly break through the post-Infinity War malaise sure to follow?

Despite being the crown jewel of Marvel's Phase 3 of production, Infinity War isn't the last in the run. There are still several movies left before Marvel officially moves on to its currently nebulous Phase 4 production plans, in addition to the Marvel and 20th Century Fox properties like Deadpool 2 and Venom. What's immediately next on the official Marvel slate is a sequel to a well-received, if lesser-known Marvel character: Ant-Man and The Wasp, coming out July 6, 2018.

The original Ant-Man, out in 2015, wasn't as deeply tied into the Marvel Cinematic Universe, which gave the film more room to breathe on its own. The film followed the misadventures of petty criminal Scott Lang (Paul Rudd), who was tricked into testing the shrinking suit technology by brilliant former S.H.I.E.L.D scientist Hank Pym (Michael Douglas), Lang has to steal back a rival's shrinking suit on the verge of breakthrough, as Pym believes it's far too dangerous a technology to be in government hands.

The upcoming sequel brings back Rudd and Douglas, but the star of the show is Evangeline Lilly. Reprising her role as Hope van Dyne, she's the daughter of Hank Pym and Janet van Dyne, and is best known as the superhero The Wasp. Janet mysteriously disappeared decades ago, and the mantle of Wasp has remained dormant... until now. After Ant-Man successfully travelled to the Quantum Realm and returned, something previously thought impossible, Pym believes they may be able to rescue Janet from the alternate dimension. Hope must pick up her mother's mantle and team up with Ant-Man as the new Wasp to uncover past secrets and bring her mother back.

Ant Man and The Wasp also introduces a whole slew of new characters with serious star wattage. Janet van Dyne is played by no less than Michelle Pfeiffer, herself no stranger to superhero movies after playing Catwoman in Tim Burton's Batman Returns. Laurence Fishburne makes the jump from DC to Marvel playing a friend and former assistant of Pym's, great news for someone who told Yahoo News he was "more of a Marvel guy" as a kid, and an easy role for The Matrix's Morpheus. Fresh Off The Boat's Randall Park takes up the role of Jimmy Woo, S.H.I.E.L.D super-agent, and Transparent's Abby Ryder Fortson plays Cassie, Lang and van Dyne's daughter.

Though male in the comics, the film's main villain Ghost is played by Ready Player One and Game Of Thrones actor Hannah John-Kamen. As director Peyton Reed tells Entertainment Weekly, "The Ghost character could be male, female, anything, so it just seemed more interesting to us [to cast a woman]." Ghost can phase through solid matter in all sorts of ways, which makes her a formidable enemy for two tiny heroes delving into a quantum dimension.

While the film will mostly focus on the search and rescue mission, it picks up where Ant-Man's previous problems of Lang's larcenous past come back to haunt him left off and amplifies it. He and van Dyne are also parents now, adding additional responsibility and consequences to their actions.

Thought it'll be the first post-Infinity War release, Ant-Man and The Wasp is actually a temporal step back for the franchise. It takes place after Captain America: Civil War (referenced right off the bat in the trailer when Lang asks van Dyke if she would've come to help Captain America), but before the events of Infinity War. Whether there'll be any callbacks (call...forwards?) referring to the ultra-blockbuster remains to be seen, but actor Michael Peña has already hinted at a third film.

Upon meeting fellow Marvel Cinematic Universe star Chris Hemsworth for the first time on the set of army movie 12 Strong, Peña told IGN, “We talked about it on the first day. It's a whole different kind of club to be in, the Marvel Universe. I don’t know if they'll use me for the third movie, I still really don't know." Looks like the follow-up to the biggest Marvel war isn't so small-potatoes after all.