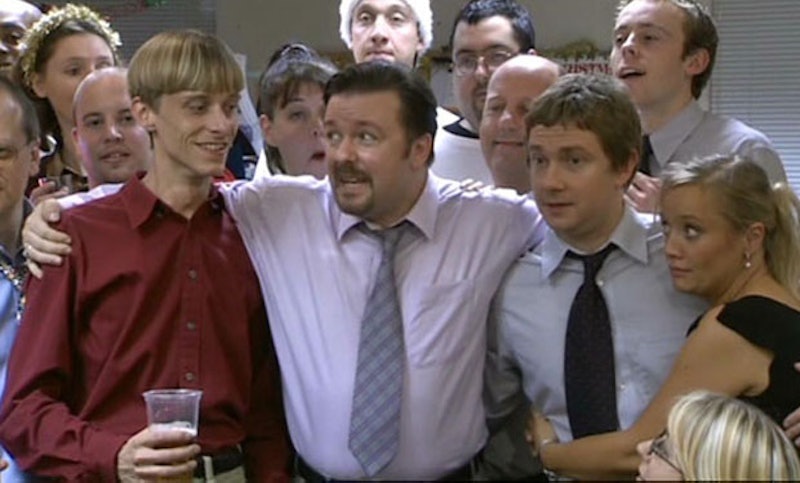 In the run up to Christmas, there's often a lot of hype surrounding new and exciting festive specials, as well as tried and tested favourites. Knowing how much the UK loves a giggle, there's no surprise that The Office has been voted the best sitcom Christmas special of all time.

According to a survey of 3,000 people conducted by the Radio Times, the original UK version of The Office came top of a laundry list of Christmas comedy greats, which also included Only Fools & Horses and Gavin & Stacey.

The hit show ran for only two seasons, and yet remains a firm fan favourite. Ricky Gervais spoke to the publication and explained that, for him, The Office's Christmas specials were an opportunity to add a bit of positivity to the world and give fans a break after many episodes of cringeworthy content: "The Office Christmas Specials allowed me to repay the viewing public for sitting through the bleakness and tragedy of the previous 6 hours of David Brent." Speaking about the country's favourite "will they/won't they" couple, Gervais said: "I always intended to give him a little hope by the end and I always knew Tim and Dawn would get together."

"The Office was always a romantic comedy in my mind and I was excited about trying to combine the existential hopelessness of British sitcom with the ‘kindness is always rewarded’ optimism of Hollywood. In Slough. I was blown away at the time by how it resonated with audiences and I’m over the moon that it’s still regarded with such affection today. ‘A good idea is a good idea forever.’ Thanks again to Radio Times readers. Merry Christmas, and live fast, die old."

After initially airing in 2001, The Office went on to have a huge following internationally, and the US version went on to run for nine successful seasons.

Although it's not due to air over the Christmas period, you can catch The Office and its Christmas specials online on Netflix or on Britbox, the new streaming service for the best of UK content.

For fans of BBC comedy greats, this year's most exciting viewing will be the Gavin & Stacey Christmas Special. For the first time in ten years the gang will be back together, providing just what you need — a sitcom that's appropriate for all ages and something to help avoid remote control wars.