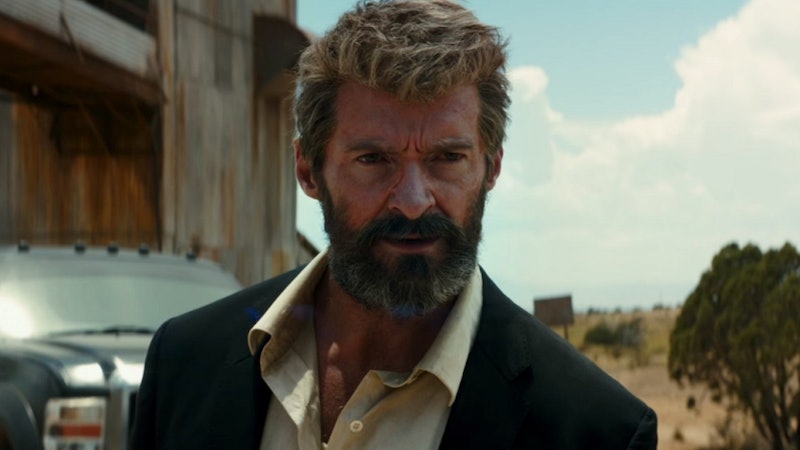 Hugh Jackman saved his best for last. After playing the character Wolverine in the X-Men film franchise in 9 movies over 17 years, by far the longest run of any actor in a modern superhero role, the actor is calling it quits after Logan, which is his best-reviewed take on the role yet. The movie is an entirely different kind of X-Men story, but like all the others, it gets its inspiration from the comic books. Specifically, from the "Old Man Logan" series. And if you loved Logan, you should really read some "Old Man Logan" comics.

Unlike most other comics, which have been around for decades and have hundreds of issues to choose from, Old Man Logan is actually a new kid on the block. The character — an older and worn-down version of Wolverine from a bleak alternate future where all the other X-Men are dead — didn't make his debut until 2008. After the character was briefly introduced in the pages of Fantastic Four, he went on to star in his own story arc called "Old Man Logan" in the pages of Wolverine that lasted for eight issues. It was this story that formed the basis for the plot of Logan.

So if you're going to read any "Old Man Logan" story, this is where you should start. Originally running from Wolverine #66-72 and concluding with Wolverine Giant-Size Old Man Logan, but now available to purchase as an omnibus, the series tells a story that's somewhat similar to Logan, though still quite different. It takes place in an alternate future where the X-Men are dead (though Wolverine killed them by accident, instead of Professor X), but the future is even more bleak than in the film, as supervillains have taken over what was once the United States. Logan is still old and suffering from a weakening of his powers, but his supporting cast is completely different. While the film features characters like Professor X, X-23, and Caliban, the comic story stars members of the larger Marvel Universe like Hawkeye, Hulk, and Red Skull. Since Fox doesn't own the rights to use these characters, they had to change the story to incorporate more X-Men characters into the film.

After the success of his original run, the character was brought back in 2015 for Marvel's all-encompassing "Secret Wars" storyline. The Secret Wars affected the entire Marvel Universe, and featured the end of the multiverse, causing multiple realities to collide. One of these realities was the world of Old Man Logan, and the character received a self-titled five issue series as a result. After the conclusion of "Secret Wars," which saw several characters blinked out of existence, Old Man Logan ended up surviving and waking up in the "regular" Marvel timeline.

This spawned a new self-titled ongoing series for the character, his first non-limited series, which kicked off last year and is still going today, with its most recently published issue being #19. This series features Old Man Logan trying to find his way in this new world, since he's now a part of the proper Marvel Universe and not his own post-apocalyptic world, as well as the character reliving some of Wolverine's classic moments from history in a new way.

"For me, a large part of writing Old Man Logan has been about taking old Wolverine tropes and stories and then seeing those again but through the lens of Old Man Logan instead, with the different perspective he brings," series writer Jeff Lemire told IGN's Joshua Yehl. "The other big part of the series has been the ‘man out of time’ aspect of Logan struggling with what may or may not be his apocalyptic future. So this story was really about taking both of those things and combining them into one last big story that brings everything I have done in the series full circle."

There isn't a ton of Old Man Logan content out there to read — pretty much just the 33 issues of his three eponymous series — but if you liked Logan's take on Wolverine, then these comics are well worth seeking out.